True: Bol-anons in Sinulog 2008 and other explosive items

Food for the soul: If a small thing has the power to make you angry, does that not indicate something about your size? Sydney J. Harris 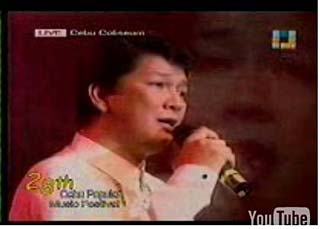 I would like to dedicate this song for the subjects of our blind items today. This song is interpreted by Boholano composer Elvis Somosot at the 28th Cebu Pop Music Festival held last Friday.

Years ago, True casually mentioned a "memo" to Bohol's who's who (businessmen including their sons and daughters, public officials, frequent partygoers, actresses, actors, fashion icons, wannabees, etc)--you know, for them to "behave" if they don't want publicity and blind item not to their liking.

Take it for instance, this latest "scoop" from True unimpeachable Very Reliable Source (VRS) who shared this highly fragile news of a lawmaker in the province who's the sumsuman (subject) of chika chika among peers and employees of his "adventures" and how his wife "incidentally" face the mistress.

It's loud and clear, anywhere!

Let us call this lawmaker as "The Gardener," VRS reveals. He is very workaholic. There is no hint of irresponsibility as a public servant, in fact, there's no doubt that his constituents love him so much because of his sterling performance while he was a local official in his hometown.

Call it genes that man is "polygamous" by nature, it is in man's veins, you know, to easily love another being (with objection from Gabriela!), "The Garderner" has found a new love interest. Let us call her " Flower." A name so sweet and dainty.

Both are married and have children. Can you sense?

There are rumors that their relationship has blossomed quite a long time without the knowledge of their families, says VRS.

There were moments that "Flower" would go to the office maybe for lunch. Perhaps, "Flower" has to establish rapport with his lover's staff. And there was a female staff of this lawmaker who acts as an accomplice (who knows their whereabouts).

Until one day, the news reached to the lawmaker's wife. And in a sudden turned of event, the lawmaker's wife went to a restaurant in Tagbilaran City and publicly "harassed" "Flower" saying all nasty words that she's just a mistress. Those who were there were awed of the real life drama. A legal wife nags the mistress!

It was not the first incident that the two ladies were face to face. It happened again when the wife made a surprised visit and ordered "Flower" to get lost or else "Flower" could not help but ran away. A runaway (bride?) lady.

"I don't like the wife's reaction, her husband is a public figure and he should do that. She can talk it in private. On the other hand, I understand how painful it is when you've found out that your husband has a mistress," a Capitol employee who sipped the news shares.

Memo: If you can't be careful or can't behave, be discreet. For example, if you are going to meet, meet elsewhere. Take separate transportation. The public eyes are cruel.

When you have a date in a restaurant in Tagbilaran City or in towns, pretend that you don't know each other. Avoid holding hands in public.

Behave. When you are in public, be careful what you say or do.

For Freudian slip, here's an unsolicited advice from a friend lawyer: Just love your wife above all, don't fall in love, it's for companionship and for sex, don't leave evidence like a baby, and family first

While the "news" is still hot in Capitol, the kibitzers also shared that he's not the only one who is known to be playboy and carefree. There's a lawmaker whose into Freudian slip whose drama in life is "pinulot lang kita sa lupa upang gawing tao" was punished by his wife when the latter learned of his "sexcapades." Imagine, the wife punished her husband by kneeling on the floor with salt! That was a horrible punishment," VRS whose eyes are frightened when she shared this "scoop."

"There are also couples who have other partners too. Then there is one lady who's married and has a love interest with her co-employee in the office. There is one departmental head who's known as a womanizer," said VRS, while counting.

I'd like to take you at the airport of an incident involving a lawmaker from the province, VRS shared.

This lawmaker together with her husband (also a former public official) went to the airport to take the 7:15am flight bound for Manila. The two had an scheduled interview at the US Embassy.

Since they arrived late at the airport, the seats were given to the chance passengers. While, the staff informed them that there were no vacant seats and they could take the next flight, the woman lawmaker was in raged and said:

"Wala mo nako nakaila? I am the (her rank in the province) of this province!" she said in a thundering and powerful voice. The other passengers looked surprised.

"Who's this woman?" one German passenger said.

Her husband was also telling the crew that he's also a former high-ranking official.

Of course, the staff didn't recognize her. Of many people they are facing everyday, they could not easily recognized the "Very Important People."

Despite their "behavior" the staff still accommodated them and arranged their flight in the other airline.

The incident would not create a stir when this public official brought this matter to the session (in the other matters) blaming the airline's crew.

True would like to tell everyone of the conditions of carriage for domestic journeys: Check in time, the check in counters open 2 hours before estimated time for departure. Your confirmed reservation shall be canceled and released to wait-listed passengers if you fail to check-in at least 45 minutes before published departure time.

The carrier won't allow proxy for check-in. There are cases when the carrier would wait for a "valued" passenger but very rare. And being a public official is no help.

The 3rd Sunday of January is an important day for the people of Cebu. It is the day when the feast of Sr. Santo Nino is celebrated with a big mardi gras called Sinulog.

People come from far and wide, filling the streets of Colon, Jones and the Abellana Sport's Complex in search for the best spot and party among the rest of the Cebuanos.

As the organizers have said, you can't call yourself a true devotee unless you've experience the height of the Sinulog craze.

The town of Bien Unido headed by the young and dashing mayor Niño Rey Boniel. The Bien Unido delegation will represent Bohol for the free-interpretation category. We'll witness how they will showcase their dancing prowess in honor to the Child.

In the music scene, a Boholano was in the limelight during the 28th Cebu Pop Music Festival held last Friday. He's composer Elvis Somosot.

"The song is something you have to intently listen to before you can appreciate it. It was my bet! " said Reigh Monreal who attended the music festival.

"The song is something you have to intently listen to before you can appreciate it. It was my bet," added Monreal.

Elvis Somosot's rendition was classy. "It has without any histrionics. It was my first time to listen to him sing. He sang like a seasoned balladeer," Monreal commented. 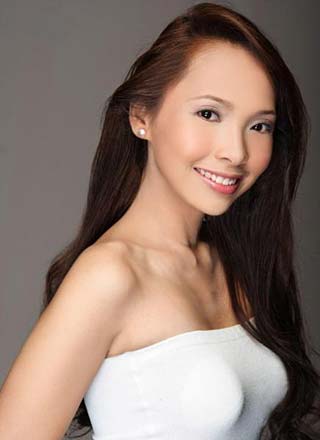 In Cebu's beauty tilt, a Boholana beauty made it. Kathy Lynn Atuel, a candidate for the Miss Cebu Tourism 2008 was declared 1st runner up. She also won cash, free trips to Hong Kong and other gift items.

Sian Elizabeth Maynard, 21, a voice actress who suggested that the Cebu City Government embark on more projects to promote environmental awareness was crowned Miss Cebu 2008. This year's pageant carried the theme "Cebu Like No Other."

The beauty and brains tilt is part of the highlights of the Sinulog 2008 festivities in Cebu City held Jan. 17.

Kathy Lynn, from Ubay, Bohol, was a runner-up of the Miss Bohol Sandugo 2004 (title won by Rhiz Nova Tagsip Arenas from Inabanga, Bohol) in the pageant held during the Sandugo Festival in Tagbilaran City in July 2004, the year before Panglao's Anna Maris Arcay Igpit got the crown, then proceeded to become Binibining Pilipinas  World 2006. 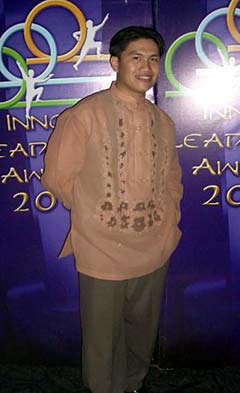