True: Can you name these local artists?

Lets have a trivia.

This is a test of how far youve known our Boholano talents. 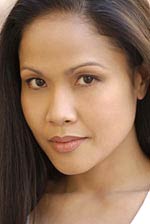 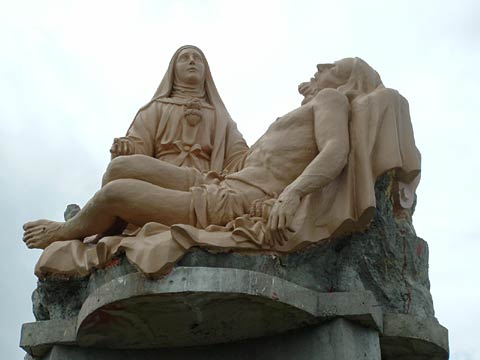 Farley Meredores, a Boholano Franciscan friar, designed and executed this huge Pieta that greets the faithful visiting one of Naga City's Catholic churches. His other monumental work is the main altar of the Mary Coredemtrix Shrine in Talamban, Cebu City.

All artists featured here are Loonanons or of Loonanon lineage. These pieces of information were included in the National Arts Month Quiz Bowl held on February 29, 2008 at the Loon Sports and Cultural Center.

After 21 years of marriage, my wife wanted me to take another woman out to dinner and a movie. She said I love you but I know this other woman loves you and would love to spend some time with you.

The other woman that my wife wanted me to visit was my MOTHER, who has been a widow for 19 years, but the demands of my work and my three children had made it possible to visit her only occasionally.

That night I called to invite her to go out for dinner and a movie.

"What's wrong, are you well," she asked? My mother is the type of woman who suspects that a late night call or a surprise invitation is a sign of bad news.

"I thought that it would be pleasant to be with you," I responded. "Just the two of us."

She thought about it for a moment, and then said, "I would like that very much."

That Friday after work, as I drove over to pick her up I was a bit nervous.

When I arrived at her house, I noticed that she, too, seemed to be nervous about our date. She waited in the door with her coat on. She had curled her hair and was wearing the dress that she had worn to celebrate her last wedding anniversary.

She smiled from a face that was as radiant as an angel's.

"I told my friends that I was going to go out with my son, and they were impressed, "she said, as she got into the car. "They can't wait to hear about our meeting". We went to a restaurant that, although not elegant, was very nice and cozy. My mother took my arm as if she were the First Lady.

After we sat down, I had to read the menu. Large print. Half way through the entries, I lifted my eyes and saw Mom sitting there staring at me. A nostalgic smile was on her lips.

"It was I who used to have to read the menu when you were small," she said.

"Then it's time that you relax and let me return the favor," I responded.

During the dinner, we had an agreeable conversation - nothing extraordinary, but catching up on recent events of each other's life. We talked so much that we missed the movie.

As we arrived at her house later, she said, "I'll go out with you again, but only if you let me invite you." I agreed.

"How was your dinner date?" asked my wife when I got home.

"Very nice. Much more so than I could have imagined," I answered.

A few days later, my mother died of a massive heart attack. It happened so suddenly that I didn't have time to do anything for her.

Some time later, I received an envelope with a copy of a restaurant receipt from the same place mother and I had dined.

An attached note said: "I paid this bill in advance. I wasn't sure that I could be there; but nevertheless, I paid for two plates - one for you and the other for your wife. You will never know what that night meant for me. I love you, son."

At that moment, I understood the importance of saying in time: "I LOVE YOU!" and to give our loved ones the time that they deserve. Nothing in life is more important than God and your family. Give them the time they deserve, because these things cannot be put off till "some other time."

Pass this along to everyone with an aging parent, to a child, to an adult, to anyone with a parent and most importantly, to someone you truly love.

Salivate yourself as Kitty Girls will come to Bohol in a one-night concert on May 2 at 9pm at the New Sandugo Grand Ballroom of Bohol Tropics Resort.

Its about time the music industry offers something new to the public, a taste of energy, sexiness and sassiness.

The Kitty Girls is an all-girl singing group formed in 2006, in the Philippines, consisting of Jocelyn Oxlade, Ayanna Oliva, Nicole Deen, Veronica Scott and Tanya Yuquimpo. The group is the dubbed the Philippines' version of the Pussy Cat Dolls. In 2007, under the guidance of Joji Dingcong, the girls were signed to Star Records (a subsidiary of ABS-CBN).

The Kitty Girls were the opening act for the Akon--Live In Manila Concert. On January 2008 the girls released their debut album with the carrier single "K.I.T.T.Y.". February 15, 2008 the Kitty Girls staged their first major concert dubbed One purr...fect Kitty Night.

They were on the cover of FHM Philippines December 2007 issue and April 2008 Gadgets Magazine issue cover. 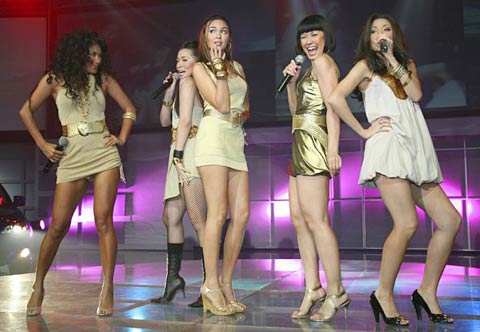 This article has been viewed 10 times.