The next elections are two years away and already, some political folks (those already in power and others only in the "aspiring" stage) are rumored to be "aligning" themselves, eyeing this choice post and that.

According to a Very Reliable Source (VRS), who only gave initials yet?--it would be a bout between "C-C" and "H-A" for Bohol's higher posts.

"C-C" are both last termers, while "H" is a last termer. "A" was a former board member and still in Capitol.

"A" confirmed he's running, personalmente, saying, "he could not say no in the name of public service."

The campaign thrill will start next year, using the town fiestas, of "informing" their desire to run. They might be generous as well.

"Next year, people can expect billboards and banners of fiesta greetings of "C-C" in the province," VRS said.

On the other hand, multi awarded-director Cesar Montano remains very visible in the province since after the 2007 polls. He's organizing medical missions and entertainment activities in far flung towns of Bohol which he didn't do in the past years.

Several politicians have placed him as potential candidate for either Governor or Congressman of the first district as he hails from Baclayon town.

Cesar had meetings with high-ranking officials in Bohol and the actor reportedly is thinking it over, however, he was asked to back-out from 2010 gubernatorial race and was offered the first district congressional seat instead. 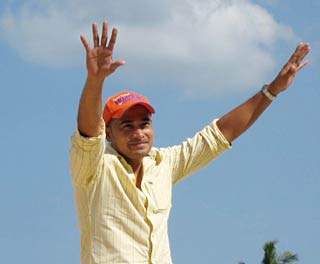 If he runs for governor, Cesar will collide head-on with incumbent Rep. Edgar Chatto, now on his last term and is said to be interested in running for governor.

Cesar Montano has not made any official announcement---yet? regarding his political intentions in Bohol . However, he gave "hints" that he's running.

In 2007, he was groomed by some opposition groups to run against incumbent Governor Aumentado, as the only real threat to the none-losing political streak of incumbent Aumentado. He was prevailed upon instead to run as senator under the administration ticket. In the final stretch, joined instead the Arroyo administration senatorial ticket but failing to make it to the Magic 12 after the counting.

As the cliché goes, time has a way of changing things... with the 2010 polls two years away, Cesar may still change his mind.

It was rumored that provincial board member Roygie Jumamoy, Sagbayan Mayor Jimmy Torrefranca and provincial board member Ma. Fe Camacho-Lejos' brother who's in the US will run for congressman in the second district, however, they abandoned their plan when they learned that Gov. Erico Aumentado (who is a last termer) is reportedly running for congressman in the second district.

Now, is Trinidad Mayor Judith Cajes really running for congressman (in the second district replacing her hubby Rep. Ondoy Cajes who is a last termer)?

Confronted about it, Mayor Judith could only out a big laugh. "What will I do in the Congress?", she said, "I still have my heart for my town."

Which simply means that, no. Mayor Judith isn't aspiring that highyet?although she might run for reelection (and surely win hands down, her good performance so far eloquently speaking for her). But if Rep. Cajes will run for vice governor or governor, expect Mayor Judith to campaign for her again, provincewide this time.

The Search Committee for The Outstanding Boholanos Around the World (Tobaw) 2009 is now accepting nominations.

The awards are given to qualified Boholanos, here and abroad, who have shown professional excellence in their chosen fields of endeavor and whose community and humanitarian involvement have significantly contributed to the well-being of the community and the nation.

The project is aimed at giving public recognition to Boholanos, to promote public awareness of Boholanos who have made significant contributions in their fields of endeavors, and to provide role models for others to emulate in the conduct of their life and pursuit of their own endeavor.

Qualified for the awards are any individuals born in Bohol or whose parents or one of the parents is of Boholano ancestry, regardless of their present nationality. Nomination forms are available at the Head Office and branches of the First Consolidated Bank, the Bohol Provincial Government, Station DYRD and the Bohol Chronicle, and the Bohol Chamber of Commerce and Industry.

All nominations must be received by the Search Committee, TOBAW 2009, care of the Executive Office, First Consolidated Bank, CPG North Avenue, Tagbilaran City, on or before March 31, 2009.

As early as now, there're groups pushing for the nomination of Jun Ayag, an outstanding OFW in the field public service/community. 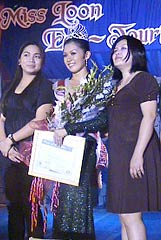 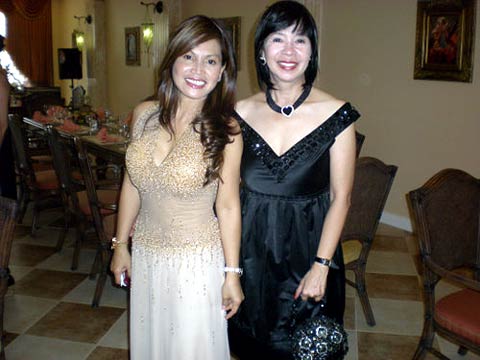 This article has been viewed 83 times.