Ted Ramasola and Armi Garma have reportedly wed and put an end to rumors by deciding to get married on July 4 at the Panglao Island Nature Resort Grand Pavilion. Reports mentioned lately that usually it's Ted who wants to get married and Armi postpones it every time. But this time it was Armi found that it's better to get married to put an end to the stories; a decision that made Ted very happy.

The wedding was Ted's second "after a relationship is down the drain" and Armi's first.  "They are planning a quiet celebration just for family and close friends," revealed Bared Very Reliable Source (VRS). Neither wants the kind of big fanfare. 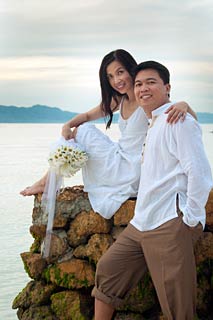 Thankfully, Ted and Armi didn't pretend that they love each on the wedding day because they loved 24 years back when they were still in high school at the Divine Word College High School Department (now Holy Name University  High School Department). They parted ways  living oceans apart and pursuing their individual careers. They met again in 2005 during the DWCT HS Batch '85 20th Year Reunion and the "kilig" factor still worked. Love moves in mysterious waysand realized that they are still madly in love and the rest was history.

"Ted has never made any secret of his desire to marry Armi, so he is thrilled," according to a close friend of the couple.

"The wedding was officiated by Judge Leo Moises Lison. Close to 250 family members, friends and batch mates from HSS Class 81 and DWCT HS Batch 85 were in hand to witness the celebration of love," added by VRS.

The whole place choked with emotion as the couple sealed their love with a kiss.

Bared 'roving VRS' caught them by surprise--in fact, unaware--enjoying their honeymoon in Luzon.

"The couple are still on their honeymoon in Batanes," VRS added.

Since it started in 1950s (with different names like Miss Bohol, Miss Young Bohol, and renamed Miss Bohol Sandugo pageant in 1989) it has registered hundreds of contestants. This year, 15 contestants, among them are Mr and Miss Teen Bohol 2009 beauties Maria Tiffany Tabigue Guldameer Malou Sombrio and Mygie Obrador, and a part-time model Bienna Ursula Bautista, competing in the grand finals slated on Saturday, July 18 at the Bohol Cultural Center.

Here is a list of interesting trivia and anecdote about the pageant: 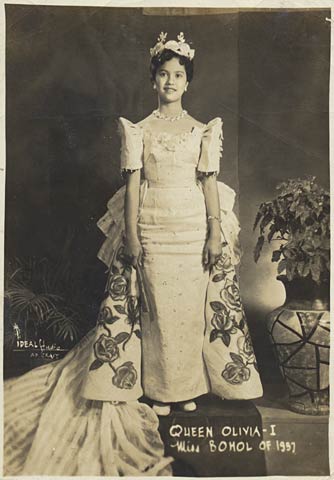 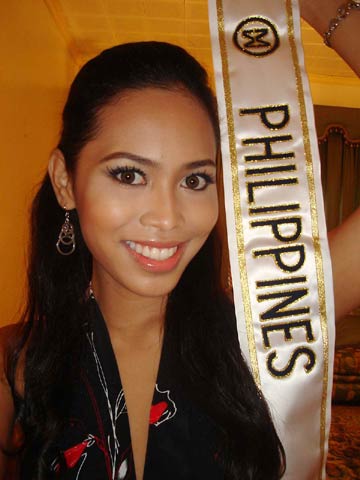 Anna Maris Igpit is the only Boholana
who represented the Philippines in an
international beauty pageant.

This article has been viewed 163 times.