And summer is in the air! And with the intense heat comes new, cool treats!

We need some relief from the scorching summer heat and humidity (you have to think El Niño is a real phenomenon which is now affecting some parts of the country!); if you don't count calories, ice cream is forever in demand. There is a large selection of brands, both local and foreign and homemade ice creams still satisfy our taste buds. 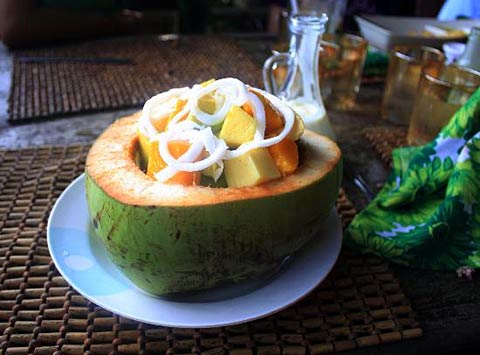 As a child, I remember one of my favorite things about summer was the sound of the ringing bells "Tingaling-aling! Tingaling-aling" of the ice cream cart just blocks away from my home. The old neighborhood kids were looking for the Mamang Sorbetero (actually our Filipino ice cream is called sorbetes, remember Mamang Sorbetero sang by Celeste Legaspi?) who was selling Simon ice cream!

Then, another favorite until now is Frozen Faith Ice Cream Stick Delight (of the Tan family) which is still available in Bohol. Kids are selling Faith ice cream for P5 only. It is the most unique ice cream because the wrapper has Biblical verse of John 3:16.

As the years go by, I've discovered that Talibon town prides as the home of the best homemade ice cream in Bohol.

The invention of ice cream started in the 17th century. In his monograph, Chris Clarke's "The Science of Ice Cream" said that ice cream's history is linked to the development of refrigeration techniques. The idea of ice cream came about with the use of cooling to dissolve salts; the inclusion of cream in ice water during the mid-17th century; the invention of ice cream maker in the mid-19th century and later the mechanical refrigeration in early 20th century - as noted in Caroline Liddell and Robin Weir, Ices: The Definitive Guide published in 1993.

Jacob Fussell, the father of the American ice cream industry began commercializing ice cream production in Baltimore, Maryland in 1851. Since that day, ice cream has become a favorite dessert that can take away the gloom in one's face.

Our ice cream has evolved from a manually manufactured household product to a very automated industrial product.

There are other ice cream flavors you can try this summer (and other summer coolers), but remember, you can stop counting calories before the ice cream melts.

Anyway, as the heats up, it's a great time to treat yourself to something deliciously cool at the following: 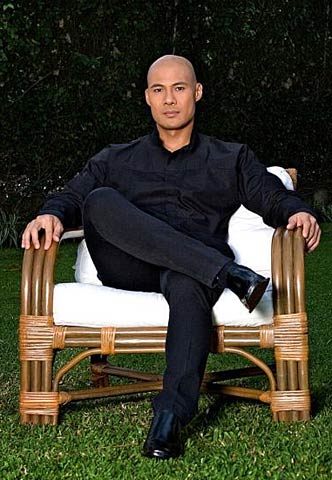 We all know Rovilson Fernandez. He is an award-winning program TV host, endorser, sportsman, writer, magazine editor and producer.

As host of the widely popular travel show "Balikbayan Trails" on Lakbay TV and Ang Pinaka on QTV 11, Rovilson eagerly walked the path least traveled, showcasing the wonders and uniqueness of the Philippines.

It's Rovi's time to face Bared:

Favorite places in Bohol: Kayaking in the rivers, The Bee Farm resort (you took us there). The church (Dauis Church and Café Lawis) for a prepared dinner under the stars and majestic tree.

Best food to bring home: I have a serious sweet tooth. So the peanut kisses (which remind me of "mini chocolate hills" is great to bring back to share.

Survival tips for tourists: Eat with reckless abandon. Try something you've never done. Get out of your comfort zone for one fleeting moment. Always say "thank you," tip generously and always use sunscreen.

I love Bohol because there's no other place quite like it in the country. Like Palawan and Batanes, it embraces its uniqueness.

If Bohol was a fruit, it would be--- not exactly sure, but it certainly would be rough on the outside but sweet and succulent on the inside once you've peeled away its layers.

If Bohol was a color it would be: Sparkling! 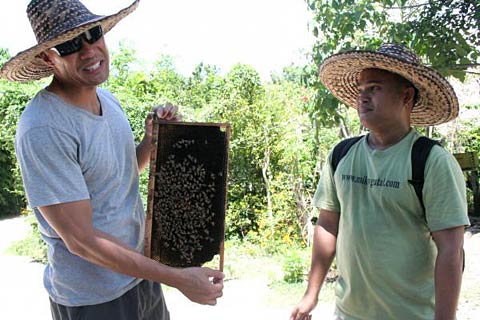 This article has been viewed 105 times.