The churches are filled with worshipers, the altars are decorated with flowers, and the music proclaims the joy of the season.

"Amazing Grace, how sweet the sound..." So begins one of the most beloved hymns of all times written by John Newton, the self-proclaimed wretch who once was lost but then was found, saved by amazing grace. The hymn is autobiographical as Newton came to recognize the evil that was slavery and worked the rest of his life to end slavery in England.

Through the years, other writers have composed additional verses to the hymn and different singers have their own versions. The queen of gospel song Mahalia Jackson had her own version of Amazing Grace which can still move you with the spirit, singing from her heart and soul. Mahalia gained popularity without all the orchestration and backup singers. On top of that, Mahalia's voice was faith based yet she drew in millions across all cultures and faith. Other Amazing Grace notable versions are of the King of Rock and Roll Elvis Presley, Aretha Franklin, Judy Collins, Whitney Houston, Yolanda Adams, Wintley Phipps, Crystal Lewis, Nana Mouskouri, Chris Tomlin and Libera.

In Bohol, young diva Jesat Cathy Duce has just finished recording her own version of Amazing Grace. Her version will be used for the Mr and Ms Teen Bohol pageant night on May 27. 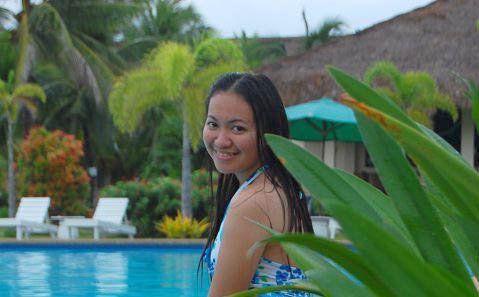 One cannot help but engage with the enormity of Newton's life in finding Christ listening to Jesat sings "Amazing Grace." She sings the first part of the song in acapella, which is less technical, sustaining each syllable in a cascade of haunting, soulful notes that leave us no place to go but back to the cross. I played the song (it brings tears ?to my eyes every time I hear it) many times on my ipod last Holy Week as I like her version which is far more emotional than any version I have ever heard. She sings it with heart and soul- sounds like an angle made to sing this song.

We are all connected... and we are connected by God's amazing grace.

10 things to know about Doris 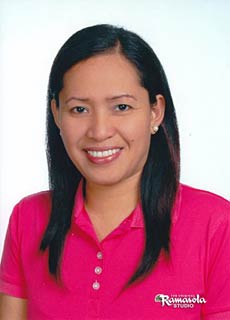 During our conversations last week (together with Meldy Novo Alturas who is the Visayas coordinator for Ariel Querubin for Senator Movement), Doris Dinorog Obena, 37, is always asked why she switched from the mayoralty to the provincial board race.

Her stock answer: "Because we have no woman board member in the first district yet. I want to influence policy on gender and development in a wider area. My wish to serve my hometown will never stop. "

Her life is not just focused on make believe. Away from the glaring klieg lights, the last termer Catigbian councilor thinks about initiating change. But what could a woman like her possibly do? A lot.

She is number 10 in the ballot in the country's first automated elections. And here are 10 things to know more about Doris. Read on.

1. She is the only woman who is running for provincial board member in the first district of Bohol. A rose among thorns!

3. She has scholars at the Bohol Northwestern Colleges. She believes in the power of education and helps children who are financially poor to finish a degree in college. "I will strengthen more the scholarship for indigent children," she added.

5. Amount of sleep per night: Before elections, I have eight hours of sleep. This election time, I have only 6 hours. (Doris managed to look cool, calm and collected on the stress/tension-filled campaign trail.-LPU)

6. Last thing she does before going to sleep: I read my favorite books especially "God's Little Devotional Book."

7. First thing she does when she wakes up: Go to restroom, and then read a page or two of Our Daily Bread before breakfast.

8. Projects to implement in Bohol if elected: Pursue the empowerment of women by giving support to the further education of women in the barangays, create a legitimate women consultative council for the proper and effective implementation, gender sensitivity orientation in all government offices especially in the barangays and monitoring of the gender and development budget of the province, scholarship for indigent families, promotion of socialized health services in the local government units; and support to producer cooperatives.

9. She loves to cook and travel. As a mom, she is preparing chop suey and spaghetti. She loves to travel (she visited Berlin, Germany for a one week study tour on political organizations in Sept. 2008 sponsored by the Friedrich Ebert Stiftung). She is a licensed professional tour guide.

10. Outlook in life: Live life to the fullest by spending time for self, family, others and God! 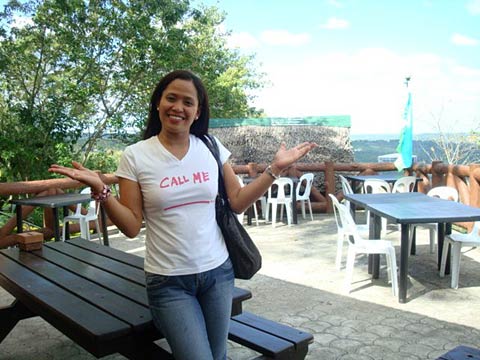 Doris Dinorog Obena champions the rights of the women and children in a wider area.