Bared... Tagbi beauties through the years

A new Tagbilaran beauty will be chosen on Friday, April 30, at a grand coronation to be held at the Bohol Cultural Center. 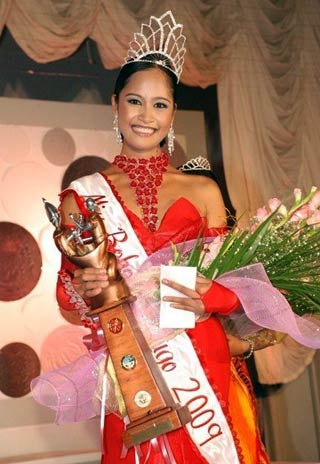 Daisy Jean Quilicot will relinquish her crown to the new Tagbi
beauty on April 30.

Beauty pageant-obsessed Tagbilaranons insisted that there are only three Tagbilaran beauties who won the Miss Bohol Sandugo title: they were Vanessa Joyce Matuod Evardone, Socorro d'Marie Tallo Inting and Daisy Jean Quilicot. And there is a daughter who duplicated the feat of her mother who won the crown 20 years ago.

Only in 1995 that the city failed to stage the pageant, one of the major activities leading to the fiesta celebration.

Without much ado, here is a list of interesting trivia and anecdote about Miss Tagbilaran:

This article has been viewed 171 times.