Another history will unfold, and a new leader will rise, let us all join hands in prayer and in our own little ways in exercising our right to vote, and be part of the changes.

Before you vote, take time to read this reminder from the Catholic Bishops Conference of the Philippines on the characteristics of a candidate that should be elected for public office. 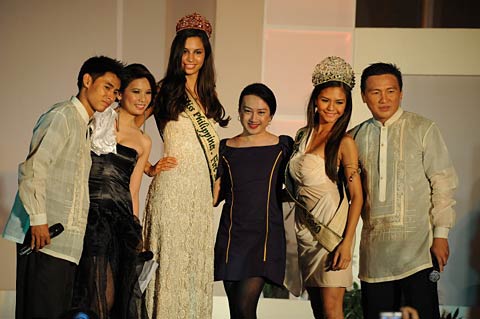 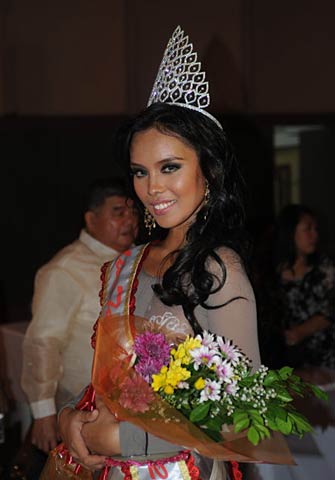 Fer Mary Baliquig, 18, a native of Tagbilaran, was chosen 2010 Miss Tagbilaran, outshining 16 other hopefuls at a glittering ceremony with a distinctly modern Boholano flavor. A nursing student at the Holy Name University, Fer at 5'8" was the tallest among the contestants.

Fer's dusky morena skin, delicate and well-chiseled features plus her statuesque height makes her the heavy favorite among the candidates vying for the Miss Tagbi crown. She was also adjudged best in gown, best in interview and top five in swimsuit.

She received the crowd's admiration in the casual interview. The pageant's host Raul Gatal asked her to describe the ideal Miss Tagbilaran 2010. "Raul, you are looking at her right now!" was her striking answer.

Fer will represent the city in the Miss Bohol Sandugo beauty pageant which is set every July in time for the Sandugo festival. 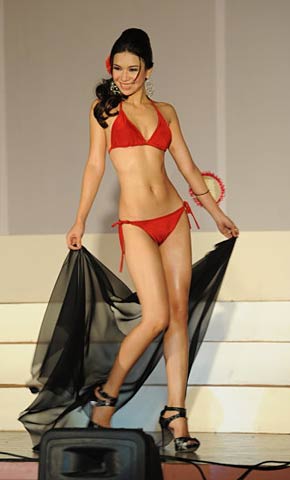 Fer considered her height as a big advantage over the others but "I have more to offer than just my height. I have the charm, the confidence and the personality."

According to missosology.info, Fer is a "deserving winner. She's very spontaneous and she has unrehearsed answers. Aside from her height and morena beauty, her wit is her biggest advantage."

Without naming names and without mentioning slogans, Fer was asked to describe her ideal president and she answered blatantly: "Honest. My ideal president should be honest because honesty is the answer to solving the problems of graft and corruption and most importantly, it will be the key to our country's progress and development. Thank you!"

Credit for the pageant's successful staging should go to Mar Uy, Michelle Porticos, the pageant chairperson and designer EJ Relampagos who was the event organizer. Raul Phillip Gatal hosted the event with Mike Montañez and Carleen Angelica Yap.

Started in 1986, the Miss Tagbilaran beauty pageant is one of the province's most prestigious and the highlight of the city fiesta celebration in honor of St. Joseph the Worker.

This article has been viewed 102 times.