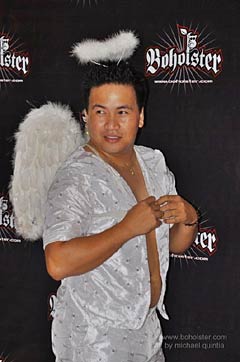 The venue is adorned amazingly. Life-sized tarpaulin covers the wall. Lights are dimmed; modern music plays in the background. But the occasion that night, October 31, is not ordinary at all. Aside from the fact that it is Halloween, it is also the birthday party (actual birthday is Nov. 1) of US based Boholano socialite Mikey Gatal who owns the famous www.mikeygatal.com.

At 7 p.m., the function room suddenly lights up. Everyone stops in their tracks to focus their attention on the "angel" who's approaching the entrance. And he's none other than the birthday celebrator, who looks definitely younger than 40 in his "Victoria's Secret Angel almost without wings" fashion that has literally brought more elegance and sparkle to the room.

It is considerably a bongga, bongga second annual Boholster (www.boholster.com) Halloween party and more intimate affair than last year's party, which had a theme, raffle giveaways and a program.

Mikey says he has no birthday wish to make for himself. "All I wanted and wished for on my 40th birthday is to gather all my family members, relatives and friends wearing their Halloween costumes and it became a reality." "I just hope that this will become a yearly celebration. It has been a customary of mine in America to wear costumes every Halloween event and it so happen that it's a day before my birthday," narrates Mikey. 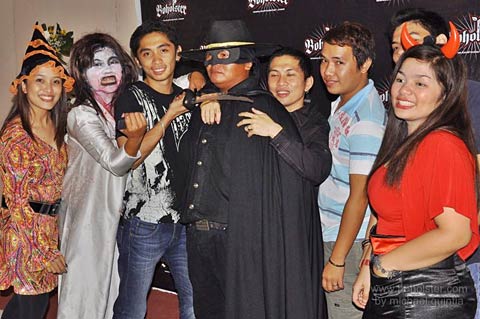 Mikey Gatal celebrates his 40th birthday in the company of friends and family.

After acknowledging guests, Mikey says it was his brother Roger Gatal, Anthony Formilleza, Don Formilleza, and Earl Solidum who created the concept and decorated the place. "You would feel that it's really a Halloween Party and at the same time it creates a magical extravaganza for everyone to enjoy especially when everyone had their costumes paraded."

"It has been a long time that I haven't visited or witnessed the activities inside the cemetery in Bohol during All Saints Day and I was impressed of the developments inside and the traffic coordination was very smooth," says Mikey. "I prayed at my dad's tomb and thank him for guiding me all these years to have good health and I know he is happy for me right now, he was the one who encouraged me to go abroad and believed in me that one day that my dreams would become a reality."

Recently, Mikey is not spared from intrigues. Someone created a fake account on Facebook with nasty things on it. We warn you: Beware of a crook posing as 'Mikey Gatal' on Facebook.

"An impostor has made an account on FB under my name pretending to be me. "She" is asking to be accepted as a friend, please go on and accept it and just tell her that this isn't Mikey Gatal, this is you b@m or you know now who she really is, a desperate attempt to destroy my image," warns Mikey. 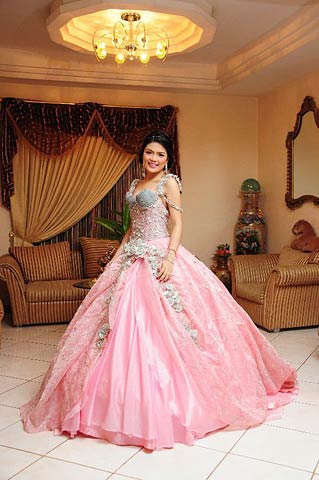 It was truly one enchanting night when Genica Leah A. Jabines marked her 18th birthday with a Snow White- themed celebration at the Grand Ballroom of MetroCentre Hotel.

Everything was indeed perfect from the horse-driven carriage that brought the lovely debutante to the hotel down to the glittering fairy outfits and the magical party venue.

Genica shimmered and enthralled everyone from the moment she stepped inside the ballroom in a gorgeous pink ballgown and later on in a stunning crimson red evening gown both designed by Jong Magallano.

Highlights of the evening included the ballroom scene where the 18 cotillion pairs opened the party with a stylized dance number choreographed by Stanley Sevilla, the segment where the 18 wishes were done with recorded messages from friends who donned fairy outfits with matching wings. The most talked- about however was the scene inspired by the Walt Disney classic Snow White where the debutante was tempted with an apple by the very alluring and talented Allyson Mycee Escobia.

It was such a touching moment to see the Jabines brothers Genes Mark, Genes Alfeo, Genes Renz and Genes Gordian waltz their only sister. However, the high point was the emotional first dance of the debutante with her very proud father, International Ship Captain Atenogenes Jabines, while the lovely mother Ma. Algerica looked approvingly.

This article has been viewed 129 times.