Scene: The month of May is the month of fiestas in Bohol. Bohol was ushered in with the fiesta season starting with the feast of Our Lady of the Village, patroness of Corella town. Then, the Tagbilaran City fiesta the mother of all Bohol fiestas is held today, May 1, which is also the opening salvo of all fiestas in the towns. Hardly a day passes by without a fiesta in one or another town where our paisanos prepare sumptuous meals for expected and unexpected relatives, friends and visitors. (Paging all mamiestahay, ayaw kalimti ang humba!)

Scene: Friendster users have until May 31 to save their account contents including photos, testimonials, and blogs - or else they'll lose them in the social network's upcoming major reformat. Friendster, a pioneer social networking site launched in 2002, issued the warning as it prepares a "new and improved version" in the coming weeks.

Seen: The 13 candidates of Miss Bilar 2011 have busy schedule nowadays. See these girls in the pageant night on May 13, 2011 at the Bilar Cultural Center with Miss Bilar 2009 Cherry May Ancog (2009 Miss Bohol Sandugo top five) who will relinquish her crown to this year's winner. Bohol's fashion mogul EJ Relampagos is the pageant director. The Miss Bilar 2011 is presented by LGU- Bilar under Mayor Norman Palacio and SK municipal federated president Eliza Miel Palacio. 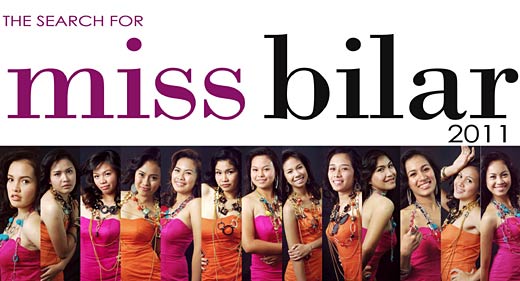 Scene: The royal wedding of Prince William and Catherine Middleton last Friday, April 29 at Westminster Abbey was very straightforward and beautiful ceremony. They went to the vows right away unlike wedding ceremonies here. Kate's gown was a magnificent ivory confection with lace floral detail designed by Sarah Burton (of Alexander McQueen House) which was unexpectedly simple. Even her bouquet was simple. Unlike Diana, Kate chose a wedding dress that won't age in photographs.

Scene: While all televisions were tuned in to the royal wedding, the resignation of Ombudsman Merceditas Gutierrez also shared the spotlight on the same day. She has resigned from her post, 10 days before the Senate impeachment trial against her was to start. She personally submitted her resignation letter to President Benigno Aquino.

Here's good news to all beauty watchers: Bohol has two representatives in this year's Miss Philippines-Earth. They are: 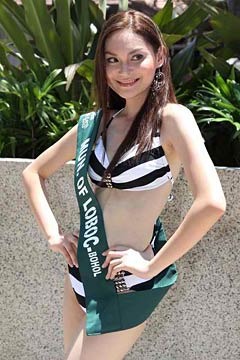 (Note: There is no information about Aileene in the Miss Philippines-Earth website. Bared was able to contact Renee and she promised to answer the questions when she will have time.)

Describe your childhood/growing (8-13 Years old): I went to an all girls school and was always judged and picked on because I was skinny and didn't look Filipino. But I grew up loving life and saw its beauty at an early age. I grew up with a lot of pressure because my two siblings were very competitive. However, I realized that I can be successful on my own terms. 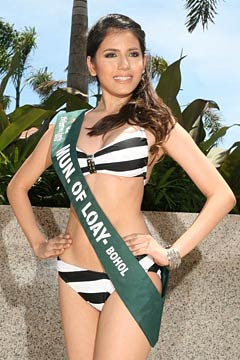 What lessons did you learn from your childhood/growing years? I believe that there's beauty in every person that's why everyone should take a closer look and not just judge a person on the surface. The goodness of the heart is what we should be striving for. I grew up realizing that it is not the people around us that we should to please but our Creator. I grew up in a Christian home and my parents inculcated to me that I am unique and special-everyone is.

What is your most memorable moment? I could never forget the time when we went to Iran. I was seven years old when my whole family and I went to Iran for a visit. Winter had just ended and spring was in our midst-flowers everywhere, perfect weather, birds dancing in the air. It was a girl's paradise. We went climbing over mountains, drank from fresh water springs, and even picked up precious stones because they were everywhere. It was also the time when I met my cousins and other relatives. How different I felt but how I also felt belonged! Also, I had the chance to glaze upon ancient palaces and relics I only saw in history books. Iran is a present day glimpse of the ancient world of Persia.

What is your environmental advocacy? It may sound simple but my environmental advocacy is unplugging. I wear my advocacy everywhere. When you do not unplug your appliances it is called in a state of "vampire power." Would you believe that ten percent of home electricity use is accounted for vampire power alone? You could save electricity, money and our precious earth by that much through this easy and simple way- unplug!

This 2011, the Miss Philippines-Earth beauty pageant dubbed "Beauties for a Cause" aligns itself in the International Year of the Forests. Together with the Haribon Foundation, the candidates will take part in making the Philippines a greener nation as they go around communities to promote planting trees that are native to our country.

The coronation night is on June 5, 2011 at the Puerto Princesa City Coliseum and will be televised by ABS-CBN Channel 2.

The winner will represent the country in the Miss Earth 2011 to be held in Thailand later this year.

William and Kate: Trivia about the Royal Wedding

This article has been viewed 52 times.