Spring is in the air (for our Boholanos in America and Europe)! The bloom of the crocus signals the end of winter.

"When the weather shifts from blustery to balmy, it is then the perfect time to visit Europe," say Shiela Olorvida-Glaring, Joan Sarabia-Siverson, Lea Legaspi-Kier, Ma. Sarah Diño and Anselma Dacaldacal who live in Denmark. My other cousins who live in Germany, Norway and Belgium are now enjoying their spring break.

"Kuya, if you are planning to spend your spring break abroad, why not choose Europe?" adds Shiela, who is married to a Danish citizen.

During spring, the fields of France are filled with poppies and daisies. Italy's hillsides are covered with the pastel blossoms of pears, cherries and oranges. Holland has a dazzling display of velvety red tulips and crocuses. And alpine snows melt to reveal lush green pastures. It's truly a sight to behold!

The following letter from Trisha Chatto, daughter of Gov. Edgar and Pureza Chatto, who just came back from a trip to Europe, says it all:

(Note: On this page and the next are pictures of Trisha Chatto in France and Germany.) 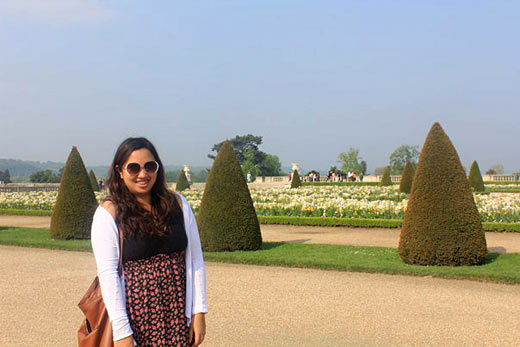 Trisha (at Palace of Versailles): Visiting France is a dream come true for me 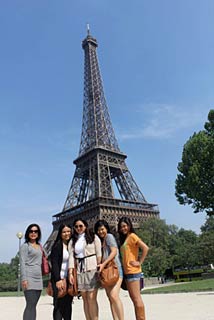 At the Eiffel Tower.

France... I've dreamed about going there since I was a little girl. Thanks to Ateneo's study tour program, it finally came true. I went to different cities but I spent most of my time in two beautiful places: Strasbourg and Paris.

Strasbourg was my home for 3 weeks and I fell in love with it. For a European Studies major like me, it is heaven! C'est un paradis! 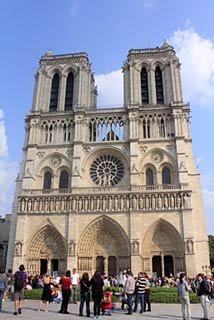 Strasbourg is part of the French Alsatian (Alsace Lorraine) region. This used to be a disputed territory of France and Germany. But now, it officially belongs to France, although there is a big community of Germans in the area. The people in Strasbourg speak Alsatian which actually is a combination of both French and German languages.

The three week cultural immersion in Strasbourg, France was incredible. There were thirty of us French students, including two teachers, of the Ateneo de Manila University left for France on April 1, 2011 for a language-culture immersion program facilitated by the Department of Modern Languages of Ateneo in partnership with Ciel de Strasbourg, a language school in Strasbourg. The objective of the program is to understand the French culture and develop fluency in the French language. 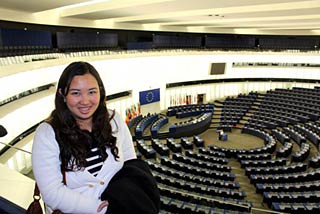 At the European Parliament.

In Strasbourg, we attended language class in the morning Monday through Friday at Ciel de Strasbourg. We, from the Philippines, were mixed with other nationalities. There were only 7 students in each class handled by French Language instructors. Every lesson was an added boost to our confidence in speaking and writing French.

Afternoons were devoted to cultural visits. We went to the grand Notre Dame Cathedral, historical museums, magnificent palaces, distinguished European Parliament and Council of Europe, awesome tourist destinations, flea markets and expensive shops. No one would talk to us in any other language but Français! Challenging, yes! But incredibly fulfilling!

More often than not, we rode in trams to our various destinations. There was an efficient transport system. There were not too many cars, at least, not many enough to cause heavy traffic. Pedal bikes were a convenient mode of transportation.

We were assigned to French foster families (two students in a family) from day one to the last. 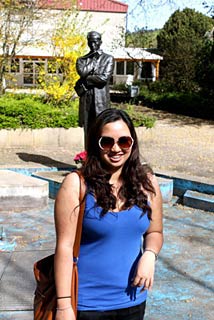 Sophie, my classmate, and I became part of the family of Maddy and Xavier Pessard (a French couple in their 60's) for the entire duration of our stay. Their children, Martin and Mathilde, along with their grandchildren, visit Maddy and Xavier as often as they can. Calls for them through the phone was done everyday.

Even my foster Dad, Xavier, would call his 90 year old mom every day.

Maddy and Xavier would make it a point to always eat their meals together. Maddy would go to work at 6:30 in the morning while Xavier would be off to work an hour later. But he had to wake up early to join his wife for breakfast. I found that very sweet. I imagined it would be an ideal place to raise a family.

We dined as French do  green leafy vegetables, salads, baguette bread with butter, jam, cheese or nutella (chocolate spread). I missed eating rice for one entire month. One Alsatian dish I found so mouthwatering was the Tarte Flambee - some kind of a pizza with very thin crust, lots of cream cheese and toppings. 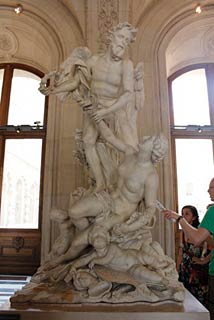 I was thrilled at the experience of speaking French with real French-speaking people. I was learning much from them from my instructor to my foster family to shop attendants and sales clerks, museum keepers, to random people I met on the street and in the tram. Je me suis amuse parce que j'ai parle avec des Francais. J'apprends beaucoup d'eux. My heart would skip and leap every time I understand people talking to me in French.

Paris was an entirely different story. Being a big city in France, it was more crowded with people especially tourists. Compared to our chill life in Strasbourg, everything in Paris was so fast-paced. However, visiting the different tourist areas were worth the long lines - the Eiffel Tower, the Louvre museum, the Bateaux-mouche, the Concorde where Mary Antoinette was executed and the famous Champs-Elysees where the flagship stores of many high end brands could be found.

My particular interest in the history of Royal and noble families drew me to Palais de Versailles as my favorite. It's a big palace with an even bigger garden. This chateau used to be a royal hunting lodge. Over decades it expanded into being one of the largest palaces in the world. It was home to the famous Hall of Mirrors which symbolized the wealth and power of France. The garden was unlike anything I had ever seen before. It had grand fountains and lush greens I could simply get lost in.

This summer was definitely the best I ever had. I fulfilled one of my childhood dreams and I cherished every second of the experience. It was a great opportunity to enrich myself with diverse learnings with so much fun and excitement. But I know there is much more left that I have to discover and learn if I have to fully equip myself for the career I have always wanted to pursue  a Philippine ambassador in a foreign land. 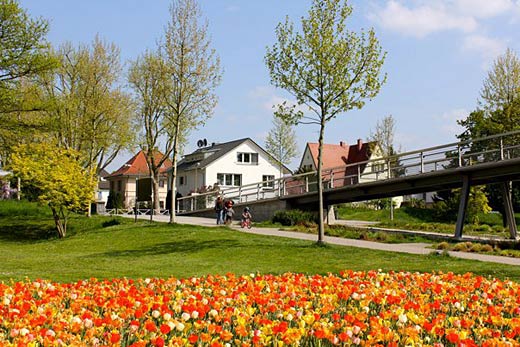 This article has been viewed 94 times.