Seen: After Italy and Germany, the members of the Loboc Children's Choir (LCC) will be in Netherlands. The Philippine Embassy in Netherlands takes pride in welcoming LCC in 2011 for a series of fund-raising concerts in the Netherlands from Oct. 19- 21. This will be the second performance of LCC in the Netherlands whose first concert was held in 2003 in Rotterdam during their first international concert tour.   It was during this concert tour that LCC won the grand prize in the 6th International Folksongs Festival "Europe and its Songs" in Barcelona, Spain.  LCC also won the first prize in the youth category in the same competition. In 2011, LCC will be competing once again in Spain at the Certamen Coral de Tolosa from October 29- Nov. 1, 2011. 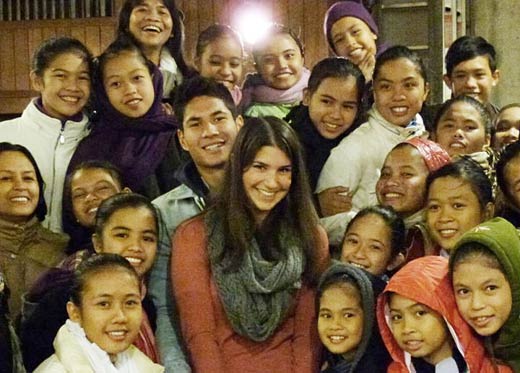 Scene: We didn't feel Ramon even Pag-asa declared storm signal no.1 in Bohol.

Seen: The "Chocolate Hills of Bohol" can also be found in the neighboring Leyte island. The sun-kissed mounds form part of the Nacolod Mountain Range or San Francisco Nature's Park.

Seen: Bohol's first radio, dyRD, is celebrating its 50th anniversary by hosting the songwriter and singer Jose Mari Chan. Chan will be performing live on stage at the Panglao Island Nature Resort on Oct 28. The concert will be totally a charity event where all its profits will be going to "Inyong Alagad" of station dyRD. Donations for Inyong Alagad (P500 and P1,000) are now accepted during the radio program while donors will be given concert tickets. So be ready, donate and join Jose Mari Chan in Bohol and enjoy an unforgettable night with his outstanding performance.

I am sharing this inspirational story to all people out there: One day, a rich dad took his son on a trip. Wanted to show him how poor someone can be. They spent time on the farm of a poor family. On the way home, dad asked, "Did you see how poor they are? What did you learn?"

Son said, "We have one dog, they have four, we have pool, they have rivers, we have lanterns at night, they have stars, we buy foods, they grow theirs, we have walls to protect us, they have friends, we have encyclopedias, they have Bible." Then they headed, "Thanks dad for showing me how poor we are."

Moral lesson: It's not about money that makes us rich, it's about simplicity of having God in our lives.

As everybody probably knows, Dominic "Dobap" Aparicio is very visible and popular in the many activities of Junior Chamber International (JCI) - Bohol Sandugo and Daganista. That's why his colleagues, and even acquaintances, love Dobap dearly. 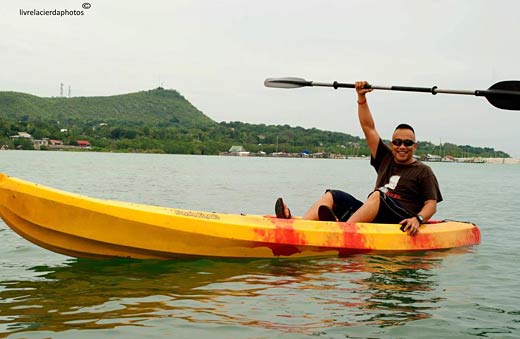 He can comfortably mingle with everyone. What you see is what you get. That is Dobap way kurat!

A triathlete, Dobap likes scuba diving and mountain climbing. Since 1999, he has conquered most notable mountains in the country including Mt. Apo (the highest mountain in the Philippines), Mt. Dulang Dulang (the second-highest mountain in the Philippines found in Bukidnon), Mt. Kitanglad traverse, Mt. Kanlaon, Mt. Hilong Hilong in Agusan del Norte, Mt. Lumot in Butuan, Mt.Talinis in Dumaguete, Mt. Malindang in Ozamis, Mt. Silay in Bacolod, all peaks in Cebu and Mt. Hibok-Hibok in Camiguin.

"It is very safe to climb in most parts of the Philippines, for locals and foreigners alike," said Dobap.

He said that he plans to climb Mt. Kota Kinabalu in Malaysia next year.

I bet you didn't know that, as part of his community service, he is faithfully cleaning the belfry of St. Joseph Cathedral.

"Helping others with open heart, that makes community service more enjoying with no regrets," said Dobap.

In the meantime, Dobap engages Bared readers in a "sexy talk."

What is sexy to him?

"Sexy? hhhmmmpppp... it depends on the person... for me everybody is sexy."

When does he feel sexiest?

"When everybody appreciate of what I'm doing."

What part of his body does he consider sexiest?

What part of a woman's body does he find sexiest?

When did he lose his innocence?

To a younger woman or an older woman?

Clothes "Anything will do as long as presentable."

Part of the house "My crib."

Fantasy "To climb the highest mountain of the world!"

Things done "Not yet soon."

Done for a woman "Make her proud."

This article has been viewed 90 times.