Scene: There were only 8 candidates for Miss Ubi Festival Queen 2012. At least 18 towns in Bohol are known as ubi country.

Seen: Kinampay was the best seller during the 12th Ubi fest. Ubi kinampay is still the queen of all varieties because it can fetch the high price in the market. It has purple flesh color and aroma.

Seen: There were no balitaw and ubi cuisine contests during the Ubi fest.

Seen: Alburquerque Central Elementary School is one of the twelve (12) finalists nationwide in the P&G e.Studyante program. It is one of the four schools in the Visayas and the only one Bohol. To vote: Log onto Facebook and search for e.Studyante. 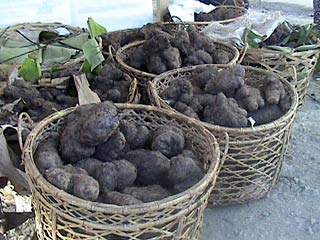 In Bohol, ubi is sacred. LPU

With the 12th Ubi Festival over and done with, let's loosen up a bit and play a fun game which I'm calling "How well do you know the ubi?" Ready?

1. What is the scientific name of ubi or purple yam?
Answer: Dioscorea alata

2. What are the other names of ubi?
Answer: Ubi is also known as ubi jam, food for the gods, purple yam and sweet lavender.

3. True or false: Ubi is sacred in Bohol.
Answer: We venerate it! We kiss it whenever it accidentally falls on the ground.

If you're able to answer all the questions, you were there at the Ubi fest! 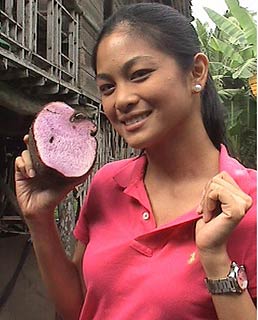 1999 Miss Universe 1st runner-Up Miriam Quiambao
was amazed of the sweet and purple-colored ubi
kinampay when she visited Dauis in 2008. LPU

As the country's ubi capital, the Ubi festival was patterned as an eco-tourism event that showcases ubi products, contests and cultural shows featuring ubi. It doesn't showcase street dancing (but organizers can consider it in the near future), but zooms in on the development of ubi products or the entrepreneurial aspect of ubi's existence.

We consider ubi a "sacred" crop. In fact, when I accidentally lose the ubi I bought from Plaza Rizal, our neighbor Moning Aquino shouted, "Ginoo! Hagki jud nang ubi para dili ta gabaan sa Ginoo!" And Manang Tasing had to put an ubi on the altar. According to our elders, when anyone accidentally drops an ubi to the ground or table, they would utter an apology and kiss it as a sign of reverence and respect, so you will not be inflicted with 'gaba' (wrath or misfortune).

Why we kiss the ubi? Historian and cultural icon Jose Marianito Luspo has an explanation. "I think the practicing of kissing the ubi originated as a form of psychological way to make people respect a very important root crop for us. It is interesting to know that among the people of the Philippines, it is the Boholanos who had the long and intimate relationship with the crop. Boholanos learned to revere it in a very special way, ubi is considered more useful than rice" 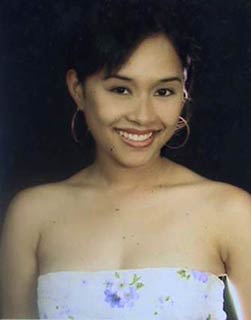 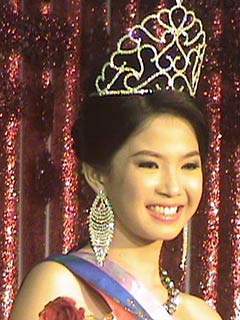 Sir Luspo added that during the World War II and several famines, it is said that ubi was the only crop that grew in Bohol soil that saved the Boholanos from death, thus their great respect for it, so much so that it's the only staple food included in their Bohol hymn.

The Ubi festival gives an opportunity to the young generation to grasp of the traditions involving ubi culture like one would have to do chanting or incantations before he or she plants the tuber. Call it palihi, our elders said it's effective.

The historical significance of the ubi crop to the Boholano is described by a Jesuit missionary Fr. Ignacio Alcina, S.J. In his Historia de las islas e.indios de Bisayas": The so-called Ubi, which are numerous in kind, color and shape. The larger ones are called kinampay and are mulberry in color. The Ubi are the chief staple of the island of Bohol and other islands (Dauis / Panglao Island) where they yield abundantly and very well." In addition, Fr. Blancos Flora de Pilipinas mentioned the best variety of ubi, is Cebu Ubi which comes from Bohol.

On the beauty aspect, the Ubi Festival has the search for Miss Ubi Festival Queen. The Miss Ubi Queen Festival is supposed to act as ambassador of goodwill and must be well-versed on information about the ubi so she can help in its promotion.

One beauty (and brains) contest sorely missed by beauty-watchers is the Miss Ubi Festival Queen launched in 2000 and "scrapped" in 2006 much to the sadness of its followers. Miss Ubi usually picked candidates from the towns which are "ubi" country (Alburquerque, Antequera, Baclayon, Corella, Dagohoy, Dauis, Dimiao , Garcia-Hernandez, Jagna, Loay, Loboc, Mabini, Maribojoc, Panglao, Sikatuna, Tagbilaran, Ubay and Valencia) from whom the winner is chosen in a pageant, promoting, yes of course, ubi. The winners, as Bared's beauty watcher Bohol's seasoned host and personality guru Raul Gatal puts it, "the beauty of the Boholana can be likened to that of our very own ubi. Seemingly in the outside is just like any other but in the inside is sensitive, sweet, steadfast because of life's adversities have given her that distinct uniqueness. Just like the ubi which thrives best under the most harsh environment which results in its texture and delicate flavor that have been tempered by the most unforgiving terrain." And, if I may add, they combined the modesty, femininity and sophistication of a modern Boholana.

Pinky Gica BeldiaSocias was the first Miss Ubi Festival Queen in 2000 which was held in Dauis town.

Unfortunately, after January 2004, there has been no search because of lack of funds. Interest in the Miss Ubi Festival Queen waned once more in the succeeding years even in this supposed beauty contest-crazy province.

Last week, Jade Nica Obedencio of Balilihan got everyone excited again when she was declared Miss Ubi Festival Queen 2012 in a low-budgeted and less fanfare search. However, it was such a happy event for Boholano beauty watchers who were watching the 8 candidates with their winning smiles. There was a collective heave of a call for a yearly Miss Ubi Festival Queen with a topnotch production. But how?

"Miss Ubi contestants should have talents focused on ubiculinary, visual and performing arts. Schools should be required to attend, too. Script and concept for each segment should incorporate the ubi element to set it apart from other pageants. Trivia questions can be included too to heighten and arouse interest in respect for the ubi," said Raul.