Scene: The delegates of the CFC Singles for Christ International Convention held at CPG Sports Complex on Feb. 17-19.

Scene: Catch KC Concepcion in a benefit concert for victims of typhoon Sendong on Feb. 24, 7 p.m. at the Bohol Wisdom gym.  Tickets are available at Php1, 000, Php500 and Php300 student price (good for two). This is a project of the Holy Spirit School Federated Parents-Teachers Association.

Scene: From Pinay Adiong: Please help us campaign for more votes for the Alburquerque Central Elementary School here - http://www.facebook.com/e.StudyantePH. Click on the Like then it will open to a page - click install, allow, vote enter your personal info, click I agree, click Register, then click on +1vote on Alburquerque Central Elementary School - 3 votes a day per FB account up to Feb. 20!

Who is Richard Gutierrez dating on Valentine's Day? 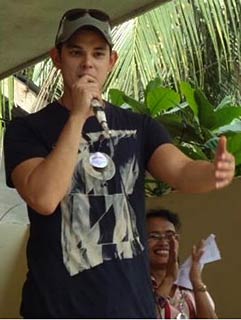 On Valentine's Day, it is always fun to find out which celebrity is dating who. One is Richard Gutierrez.

The Kapuso actor was spotted in Bohol on Valentine's Day. Richard was not dating someone but he was with the kids of Guiwanon Elementary School in Baclayon (hometown of actor Cesar Montano) who are the recipients of the Bikes for the World initiated by Jo Grant and Joel Uichico.

Richard formally gave the 600 bikes to the schoolkids who walk to school.

"What better we do celebrate with the kids in Bohol. It's a great opportunity for me," Richard told Bared.

Did she bring "someone" in his Bohol visit?  "Nope, I am celebrating Valentine's with my friends." 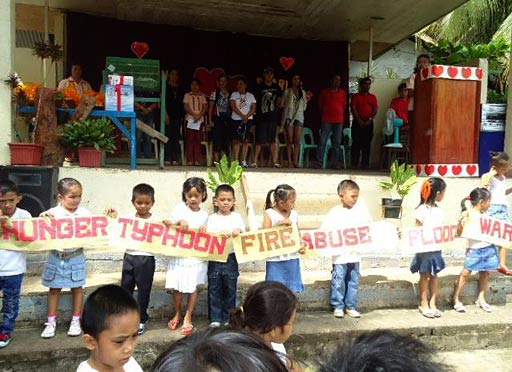 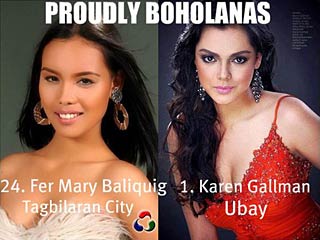 Karen Gallman and Fer Mary Baliquig are two of the official
candidates of Bb. Pilipinas 2012.


Karen and Fer joined other 100 wannabes who met the deadline for the submission of application forms to this year's search of the three Bb. Pilipinas who will represent the country in the Miss Universe, Miss International and Miss Tourism pageants. However, Loida didn't continue the training and pass her application.

According to beauty watchers, Fer, 5'8", "could snatch one of the crowns."

"She is already one of the early favorites for the Miss Philipines- Universe title," said Bohol's seasoned host and personality guru Raul Gatal.

Some people say that Karen, 5'7", looks like Miss Universe 2010 Ximena Navarrete. "This Boholana-Australian is really a head turner," says one fan.

"Her official number is number 1, I hope she will make an impact right away considering the number she picked," said US based socialite and beauty watcher Mikey Gatal.

The big question is: Will they follow the footsteps, if not surpass, the record of Anna Maris Igpit (2006) who represented the country in Miss World, first princess Rich Asuncion (2009) and first runner-up Perla Salig-Teves (1979)? Again, we keep our collective fingers crossed.

Launched in 1964, the Binibining Pilipinas beauty pageant has become the biggest and most anticipated beauty event participated in by hundreds of aspirants nationwide.

The new set of winners will be crowned during a glittering coronation night that will be held on April 15 at the Smart Araneta Coliseum and will be aired live on ABS-CBN.

The triplets who are thought to be the oldest in Bohol have celebrated their 84th birthday together - as well as their unique status as being the only of their kind in the country.

Maria Magdalena, Maria Salome and Maria Cleofe Buagas were born in 1928, an event that was a shock to their parents; Lucio Buagas, a farmer, and his wife Feliciana Lumain.

Their birth was years before ante-natal scans. The triplets, who are identical, caused a stir when they were born in the Poblacion, Corella town.

The triplets were nicknamed "Tres Marias" in the community because people could not tell them apart. At Corella Elementary School, they sat far from each other in class so the teacher would not mix them up. They were all dressed the same by their mother who died when they were seven years old. 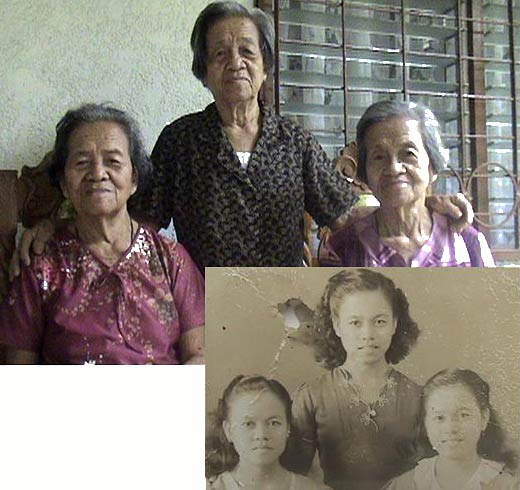 The oldest triplets in Bohol and probably in the Philippines (from left to right) Maria Cleofe, Maria Salome and Maria Magdalena Buagas, known as Tres Marias, have shown that they have no intentions of slowing down  by celebrating their 84th birthday. Inset: Three's a crowd, the old photo of the girls circa 1930s. LPU

What are their secrets to longevity? The Tres Marias still share a strong bond, which they say is the secret behind their long life. And of course, proper diet.

Maria Magdalena and Maria Cleofe Buagas who still live in Poblacion, Corella, and Maria Salome Buagas-Pondoc who lives in La Paz, Cortes town, celebrated their birthday with family and friends on Thursday afternoon.

They show no signs of slowing down or crankiness usually equated with age.

This article has been viewed 118 times.