Bared... After Les Mis, it's Romeo and Juliet! 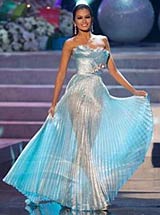 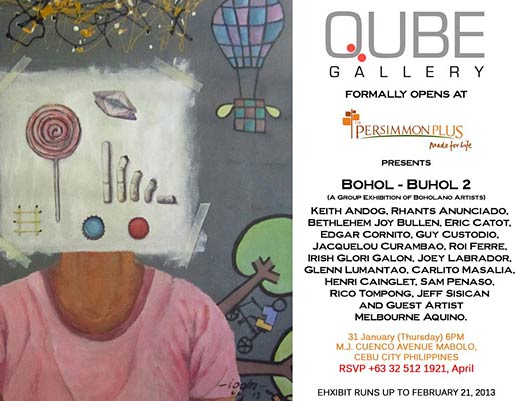 The exhibit will showcase the wealth of Boholano artistry spanning a healthy breadth of genres from realist works that stress the island's natural wonders to abstractions that have challenged the works of contemporary artists in the country and the world.

Qube Gallery at The Persimmon Plus is situated along MJ Cuenco Street and Gil Tudtud Street, Mabolo, Cebu. BOHOL-BUHOL 2 will open on January 31 until February 21. For details contact, +6332-512-1921 or visit www.qubegallery.com.

Bohol was undoubtedly the Ubi Country when it celebrated its 13th Ubi Festival recently as some of the ubi growers and supporters gathered to honor the tasty, purple-hued crop as a major agricultural product.

Attending the Ubi fest for the nth time was loving and learning more of Bohol, such as, 1) the scientific name of ubi/ube or purple yam is dioscorea alata, 2) ubi is also known as ubi jam, food for the gods, purple yam and sweet lavender, 3) Bohol is the largest ubi producer in the country, and 4) ubi is the only staple food included in the Bohol hymn.

Adding savor during the opening program was the search for the pinaka (the best quality ubi harvest and endemic root crops such as the 31 kilos ubi balagon-on and ubis which looked like a sea lion, human-tooth, carabao's foot, elephant and hand-glove of Pacman), most promising ubi product (ube jam, ube polvoron, ube calamay, ube torta, ubi ice candy and pinwheel), most promising ubi cuisine (ubi ginataan and ubi lumpia) and ubi eating contest at the Plaza Rizal and the literary musical contest (balak, kuradang, rap and jingle and ubi poster making) at the Island City Mall. (Again, I didn't like how the ubi eating contest was done. There was no-thrill when the committee members decided to hold the contest by batches. Another one, the event at the Plaza Rizal had no sound system when they could have played Onie Oclarit's Ubi Festival to add fanfare and enliven the mood of the people.) 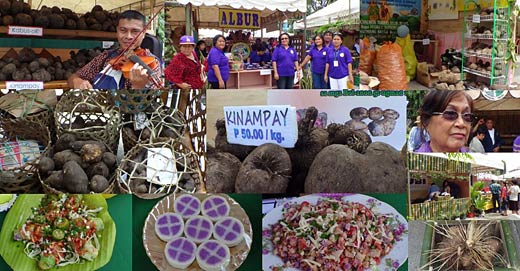 The Ubi Festival 2013 honors ubi as an important rootcrop in Bohol. Ubi or yam is a healthy energy source with important nutritional benefits.

Anyway, I had the chance to ask environmental activist Zenaida Darunday who shared to me the health benefits of including ubi in our meal.

"Ubi is an excellent source of vitamin A (in the form of beta-carotene), a very good source of vitamin C and manganese, and a good source of copper, dietary fiber, vitamin B6, potassium and iron. When you take ubi, you won't be constipated," said Darunday. "Of course, it's a good alternative for rice especially now that we are trying to cut on rice consumption, ubi is a substitute. You can eat ubi without eating rice. Compared to potato it has more nutritional element."

Ubi is also good for people who have hormonal imbalance and women who suffer menstrual cramps.

"It has dioscorin and it is good for women with dysmenorrhea," said Darunday.

For almost half a millennium, the ubi tuber has been venerated by the Boholanos. Yes, ubi is sacred in Bohol. To this day, the respect for the plant is still stronger than ever.

And why we kiss the ubi when it falls on the ground?

"It's our culture because according to some legend there was a famine in Bohol. Boholanos were able to stay alive because they found ubi when they were scratching the ground because ubi survives during drought and famine. And when they saw ubi, praise the Lord' because it saved them from starvation.  If ubi tuber falls, you have to kiss it," added Darunday.

Recent studies revealed that ubi has also potent antioxidant effects. It is also an anti-diabetic and anti-Inflammatory food.

So, the next time you have the urge for something sweet, how about eating ubi products such as ubi jam? It's one food guaranteed to satisfy your whole body, not just your sweet tooth.

On the other hand, I was sad. The Ubi Festival committee decided to cancel the search for Ubi Queen this year in this supposed beauty contest-crazy province. The Ubi Festival organizers changed it to Miss 4-H but was cancelled on Jan. 23 at the Island City Mall.

Anne Hathaway made me cry a river on Les Miserables especially during the I Dreamed A Dream scene. She sings with so much heart and soul, and so real that you can't help but moved to tears.

Les Miserables (aka Les Mis or Les Miz) is based on Victor Hugo's 1832 novel. Set during 19th Century France, Anne Hathaway plays Fantine (the same role by Lea in London's West End) who's driven by poverty to prostitution.

The mood is somber in Les Mis. There is a tone of melancholy predominates, even when events are relatively happy. I warn you: The song springs the old water works into the eyes.

You see, last year, there was a stage play of Les Mis in Tagbilaran City produced by DreamBig Productions, a cultural and theatrical production composed of young Tagbilaranons whose passion is into performing and theater arts.

Hu! Hu! Hu! I cried when Fantine (played by Gayle Marie Sinadjan) sang I Dreamed A Dream with so much emotion and passion that I heard the voices of Elaine Page, Ruthie Henshall, Petula Clark, Leah Salonga and Susan Boyle.

BigDream's mission is to raise back the theater industry in the province of Bohol and mount quality, realistic, timely relevant creative productions yet educating in the field of theater arts that caters both theater enthusiast and students.

On Feb. 9, DreamBig Productions will bring to Bohol another event as it will relive the romance, danger, beauty and passion of Romeo and Juliet, history's greatest ever love story.

"This Valentine season, we will bring you an early Valentine show for the first time in history in the entertainment scene of Tagbilaran, a full length world class classical ballet performance of Romeo and Juliet live in Bohol," said Jurie Balbuena, DreamBig PR head. "We will bring 40 professional, lovely and graceful dancers from Atlanta Festival Ballet Georgia U.S.A and Ballet Center Cebu choreographed by artistic director Gregory Aaron and international prime ballet dancer Nicolas Pacaña as Romeo himself and Katherine Trofeo of Ballet Philippines."

Jurie Balbuena, who is one of the scholars of Ballet Center Cebu, approached Pacaña and Aaron to hold their last farewell performance in Bohol. Aaron was impressed of DreamBig when he learned of the successful Les Mis in Bohol. 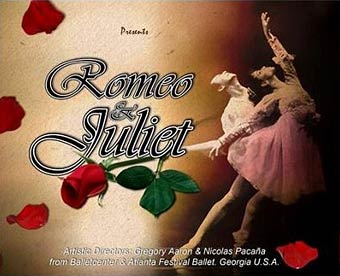 The greatest ever love story of Romeo and Juliet on Feb. 9.

"We are very honor that Mr. Pacaña chooses Bohol as part of his farewell performance or last International curtains call in the world of ballet," said Jurie.

In our English class, Romeo meets Juliet at a masked ball and they fall in love at first sight. But the young lovers fall victim to their feuding families.

With a price on Romeo's head, and Juliet suddenly betrothed to another man, the young lovers share a night of forbidden passion before Romeo flees the city. Juliet's desperate pleas to call off the wedding are denied, and a secret plan is hatched for them to be reunited, with devastating consequences.

My English literature teacher shared Prince's elegy for the lovers: For never was a story of more woe than this of Juliet and her Romeo.

Meanwhile, excuse me while I rush to a theater nearby to watch Les Mis again, and cry a river again.

I dreamed a dream in time gone by
When hope was high
And life worth living
I dreamed that love would never die
I dreamed that God would be forgiving
Then I was young and unafraid
And dreams were made and used and wasted
There was no ransom to be paid
No song unsung, no wine untasted
--(I Dreamed A Dream)

This article has been viewed 29 times.