Plans to widen and resurface the coastal ring-road of Bohol pose a threat to a number of one century old houses, as well as to one of the best known historical landmarks of Bohol, the church of Baclayon.

Although Bohol governor Enrico Aumentado assured the concerned citizens that the crucial two-kilometer will be spared, the DPWH (Department of Public Works and Highways) and its contractor, Hanjin Construction, plan to push ahead with road repairs and reconstruction that will damage a number of one century old ancestral houses, and may even mean the destruction of some of the them. Also the belfry of Baclayon's church may be affected.

If this would be to happen, Bohol will adversely affect its attractiveness to tourists. The island province's cultural heritage is one of its core attractions, and helps to lure numerous domestic and foreign tourists to the island.

In a desperate attempt to save their houses from demolition, the home owners sent a letter to president Arroyo, urging her to intervene on this matter.

Please read the letter here. We appeal to you to write letters of appeal to the following 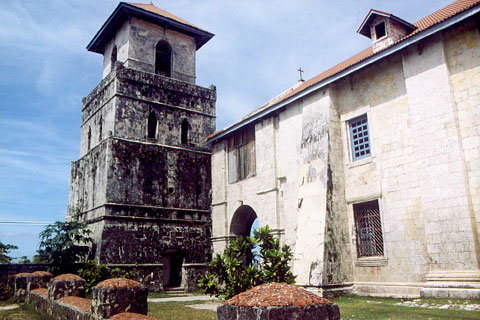