City-DSWD is a building of 'heartless people'; One peso-a-day project irks parents.

Yes, you read our headline so clear: there is no Miss Bohol Sandugo this year. My email was flooded with letters asking if there is a pageant for Miss Bohol Sandugo. They've read the Sandugo schedule of activities and they were surprised to find out that there was no schedule for the search.

Without much a do, I called the Bohol Sandugo Foundation office and I confirmed it from a certain Herdz Paredes that indeed, there is no Miss Bohol Sandugo 2007.

I don't know if this Paredes is a reliable source but she said she's working for the Bohol Sandugo Foundation for this event.

It's the discretion of the foundation not to hold the Miss Bohol Sandugo, she further said. 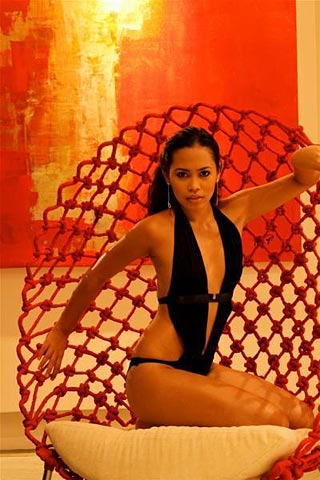 The search for the most beautiful Boholana which began in 1950s (the search had a different name) had produced Miss Bohol Sandugo 2005 Anna Maris Igpit who won the Bb. Pilipinas 2006-World.

This is not the second time that there is no Miss Bohol Sandugo. There was no Miss Bohol in 1987 after Gemma Mandin (one of the Tagbilaran's Five Prettiest, the pet project of then OIC Mayor Dan Lim) was crowned Miss Bohol in Dec. 1986. She was then an engineering student from San Carlos University when she joined the pageant. Now, Mandin is a flight stewardess of Philippine Airlines.

In a world where we like beauty pageant, in Bohol, beauty pageants are no longer just beauty pageants. Even in the remote barangays down to the city, beauty pageants have become a significant part of our culture. It is probably true that there are no other countries in the world that hold as many beauty contests as the Philippines. The 'Miss' contests are considered important social functions whereby beauty queens are admired, respected and treated like stars wherever they go.

In the Marimari, it said that these beauty pageants see the participation of many beautiful and ambitious young women from different social backgrounds who aspire for quick ascend to the top of the career ladder. However, in today's beauty pageant, contestants can no longer rely on good looks alone. In order to have a chance at being crowned, a contestant must also possess intelligence, be over a minimum height and be able to produce a high school leaving certificate. Although winning is tough, nevertheless, many young women still participate to have a chance at being voted the 'fairest of them all'.

The most surprised person about the "sad" news was Anna Maris Igpit.

A text message from her last Friday said that: "I'm surprised it's not pushing though once again. That means I have the crown three years in a row! Anyways, I'm kinda not happy because people who've been looking forward to it. It highlights the Sandugo festival and this pageant brought me to Bb. Pilipinas and even to Poland for the Miss World. I am not glad that it was cancelled but I'm more challenged to continue my reign as Bohol's ambassador of goodwill.

She said it is unfortunate that once again we're breaking the tradition. Miss Bohol Sandugo is something Boholanos always look forward to. It's celebration of womanhood and even contributes to tourism promotion.

"I feel sad that we are taking away another opportunity for a Boholana to shine once again in the pageant scene. I hope this won't hinder our young ladies to reach their dreams, especially those who wanted to become beauty queens someday," she continued.

Maris wants to help for this year's search if the foundation would have asked her so.

"I wanted to represent our town, my mom's hometown, because I wanted to inspire the people and do my share for the Sandugo celebration. I did hope to be able to make a difference for our province and leave a legacy worth emulating to the young men and women of Bohol. The night I was chosen Ms Bohol Sandugo was pure bliss! It's such an overwhelming feeling...at that time, I thought of all my accomplishments in life and realized that this is the most splendid one. Something that compensates for the lack of all the others! Having read the comments of our kababayans, I'm very happy to know that we share the same strong conviction for being Boholano. I want to thank all of you for believing in us, for lifting our spirits to carry on this celebration of life, beauty and womanhood," Nova wrote at the feedback forum of the www.bohol.ph.

While others believed that Miss Bohol Sandugo does not truly represent Boholana girlhood, but is "largely made up of a congregation of girls who are seeking personal publicity and profit," some beauty-watchers and fanatics agreed otherwise that this tradition must go on.

Are we running out of beautiful ladies? Or is it the end of the oldest and grandest search for the most beautiful Boholana to represent our island-province?

A featful moment for Luisa 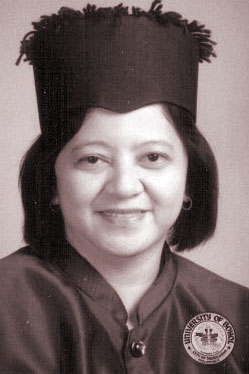 She had her stint as a teacher at the Bohol Wisdom School teaching Filipino before she transferred to UB as a college teacher. As a dedicated educator, she became the head of the Filipino department.

As more people have the opportunity to study for a degree, so competition for jobs becomes fiercer. To get an edge over the competition many are undertaking postgraduate courses in some relevant specialist study.

On June 16, 2007, Arbasto-Clet had her oral defense for her dissertation: Internal Relationship of Private Higher Education Institutions in Tagbilaran City: Proposed Enhanced Human Relations Program. She received benemeritus as her honor.

There are a couple of good reasons why Maria Luisa Arbasto-Clet finished her Doctors of Philosophy (Ph.D.) in Education. She wants to be an academic, in which case a PhD will in all likelihood significantly boost your career. It will also benefit you in other ways - it will expand your view of academia, give you exposure to other methods of research, teaching, fundraising and administration, and generally broaden your horizons. It's a career boost, it's a fantastic personal experience is tremendously personally enriching.

Born on Jan. 19, 1967 in Lourdes, Panglao to Narciso (deceased) and Petra Arbasto, she finished her elementary at Lourdes Elem. School. She graduated her high school at San Augustine Academy and finished her Bachelor of Elementary Education with Filipino as area of specialization at UB in 1989.

"Learning is a continuous process and it is important to keep your eye on the finish line. This means that you make completing your degree your top priority and begin planning the next step in your life," Arbasto-Clet said.