Bared... Broadway star is a Boholana

You didn't know that one of the famous Broadway stars is a Pinay (and a Boholana), did you? I first read about this Pinay star in July 2000 issue of Asian Week featuring her as "A Rising Star, From Miss Saigon to Les Misérables," redefining theater for a new generation.

Anyway, the Pinay is none other than Joan Almedilla, 34, (now Mrs. Charles Uy of Coast to Coast in New York City) whose father, Agapito, an accountant is from Cansubayon, Loon town and her mother, Rose, is from Cebu City. (Writer-poet Reigh Monreal, private secretary of Mayor Lloyd Peter Lopez, MD and also a charcoal painter, who pitched this news to Bared affirmed that Agapito is from Loon)

Joan, who wanted to sing, did not want to be an actress. But through her love of music, she stumbled upon the much-coveted role of Kim in the Broadway production of Miss Saigon and the rest, as they say, is history.

"At first I auditioned for Miss Saigon because I loved the songs, not even considering the acting that was involved. I didn't know[about] the hard work that was involved," she told AsianWeek.

As a child, Joan enjoyed competition in many talent contests in the Philippines. She won several awards including grand prize for the 1991 Cebu Popular Music Festival and the Most Beautiful Music contest of Yamaha Music Mate in the 1980s.

Joan came to the United States in 1993 to pursue a college education. Little did she know that her formal voice training and previous performing experience in the Philippines would lead her on the road to stardom.

She competed at Amateur Nights At The Apollo in Harlem and was chosen to be part of Best Of The Apollo.

Unlike most theater actors who spend years honing their craft, Joan never had formal drama instruction, yet she is now one of the most sought-after actresses in the theater. She has just landed the role of Fantine in Les Misérables, billed as one of the longest running and the "world's most popular musical."

Joan's career took-off when she landed the role of Kim in the Broadway production of Miss Saigon (1995-1997). She then moved on to portray the role of Fantine on the Third National Tour of Les Miserables (1999-2000 and 2005-2006). Her other credits include: Soul Girl on the Broadway National Tour of Jesus Christ Superstar (2002-2004); and Woman in Songs for A New World (2005) at the Rubicon Theater which has been nominated for several Ovation Awards including best Ensemble Cast. 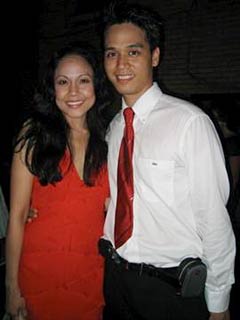 In 2007, Joan starred in the famous Here Lies Love staged at Carnegie Hall's main theater, the Stern Auditorium/Perelman Stage, with nearly 3,000 music patrons and enthusiasts attending. Here Lies Love presented Imelda Marcos meditating on events in her life, from her childhood spent in poverty and her rise to power to her ultimate departure from the presidential palace. In particular, the production looked at the relationship between Imelda and a servant from her childhood, Estrella Cumpas, who appeared at key moments in Imelda's life. Joan, the only Filipino in the cast, provided the vocals for Mrs. Marcos, with Byrne for Ferdinand Marcos and Ninoy Aquino. Byrne, who also has an Oscar and a Golden Globe, is best known as a founding member and the principal songwriter of the New Wave band Talking Heads.

She had the privilege of reciting two poems (Wonderment and A Hill in the Land of Moriah) composed by Pope John Paul II and the United Nations. Among the attendees were former UN Secretary General Koffi and New York's Cardinal Egan.

She had directed several fundraisers including: Hope For A New World (benefiting the victims of Tsunami disasters in South Asia); Give A Child Hope (together with Places Please and World Vision to benefit The Children of Rwanda). Joan supports Broadway Cares/\Equity Fights Aids and Leukemia and Lymphoma Society.

Joan is married to Fil-Am hubby, film director Charles Uy whose film about 9/11, Yasin, is an official entry in the short film category in Europe for the Berlin International Film Festival.

Charles, who is finishing his masters in film production at the University of Southern California, produced Yasin, with Betty Lee Kim as the director. Charles is known for his much-awarded film thesis Waiting in the Wings which was honored by the Academy of Motion Picture Arts & Sciences, and the Directors Guild of America.

More and more Boholanos are making waves in the imperial Manila and and we could wish them all "good luck. Keep up the good work." Here are some of them: 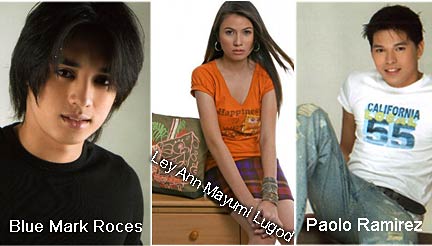 A new generation of stars.