Bared... Yes, Kat and Bryant did get married!

I was pleasantly surprised to know that the daughter of philanthropist couple Hans and Lani Schoof, Katrina "KatKat" Schoof, got married. I should not be surprised because they were already engaged last year. I lost my photographic memory practically the day I've busy schedule, so there are some important events that slipped out of my mind. 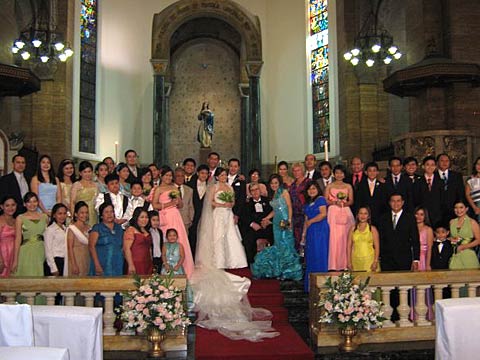 The newlyweds with their families (philanthropist couple Hans and Lani Schoof) and friends at the Manila Cathedral. 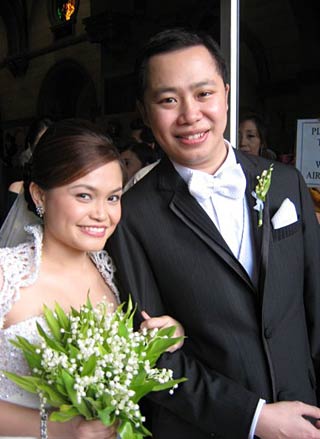 Like a fairytale, the princess finally found her prince! I'm sure the Schoofs are happy with KatKat's choice for a husband. Bryant is single and highly-eligible. He (who is a chef) is a quiet guy with his own disposition and own identity.

Kat and Bryant Chu finally tied the knot last Nov. 22 at the Manila Cathedral with Father Jubac and Father Tirol as the officiating ministers. The reception followed at the Makati Shangrila.

It was star-studded wedding with luminaries and artists who were there to witness the wedding. Singers Mark Bautista and Sherin Regis rendered beautiful songs.

According to the bride's cousin, Glenn Mark Blasquez, it was a wedding to remember because it was so intimate. Everyone was surrounded by family and close friends.

The newlyweds will have their honeymoon in Singapore this month and they will have another honeymoon at the Caribbean in May next year.

For those who missed last weekend's gabfests on radio. And why we are moved, if we are moved. 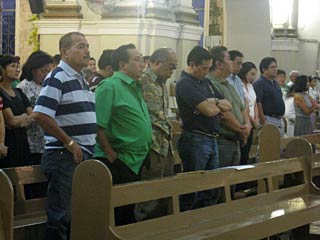 As what I've told you, the 2010 elections has lots of surprises! In fact, we glued on the "drama" during the last day (Dec. 1 midnight) filing of the certificate of candidacy. In a sudden turned of events, 2nd district Rep. Roberto Cajes is no longer the running mate of 1st dist. Rep. Edgar Chatto. Instead Rep. Cajes filed his candidacy as mayor in Trinidad and his wife Trinidad Mayor Judith Cajes will run as representative in the second district of Bohol against Gov. Erico Aumentado.

We don't have a clue why it happened. Even our Very Reliable Sources (VRS) are speechless until now, they are, too, shocked! However, there is one Bared "Elite" VRS shared that on Dec. 1 in the afternoon, the Lakas-Kampi-CMD team composed of Representatives Chatto and Cajes, Gov. Aumentado, ex-governor Rene Relampagos, Agriculture Secretary Arthur Yap were together attending the mass before filing their COCs. 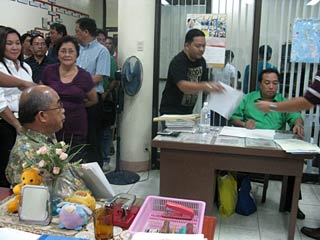 "There are no signs that something not good will happen," VRS shared. "They are all friends that day," VRS added.

And here is another scoop according to VRS. It was not 3rd district Rep. Adam Jala who will replace Rep. Cajes for vice governor but should be provincial board member Roygie Jumamoy. But since the last minute change was inched to the 12 midnight deadline, Roygie Jumamoy who was in Inabanga (and it is a half hour drive going to the provincial Comelec in Tagbilaran City) was replaced by Jala who lives closest to the Comelec to fill in the vice gubernatorial seat for Lakas-Kampi-CMD.

And do you hear the favorite words of the week? They are "loyalty" and "traydor." And the words will multiply, you bet?

But, we should expect more, more surprises on Dec. 14 and the coming campaign trail!

Politicians should be ready for the mudslinging and muck-raking election, ehem, "war" - and we love it, don't we?! Interesting, interesting!

Oops! Cesar Montano also filed his certificate of candidacy (COC) for governor of Bohol under the Liberal Party last Nov. 30. 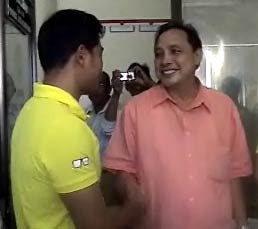 Actor Cesar Montano meets Vice Governor
Julius Cesar Herrea at the Comelec, both are running
for governor of Bohol in 2010.

After attending mass and receiving blessings from Msgr. Gonzaga, Buboy and wife Sunshine Cruz proceeded to the provincial Comelec office.

He was wearing a yellow t-shirt and there were no other showbiz personalities who were there to support his candidacy. "Hindi tayo nagdala ng artista para sabihin na tayo ay malakas…ang importante ay nagsimba tayo… Importante lang kasama ang asawa ko, pamilya ko at tagasuporta," Buboy said. His presence and Sunshine's are enough that he serious running for public office.

Buboy met Vice Governor Herrera at the Comelec while the latter also filed his candidacy. 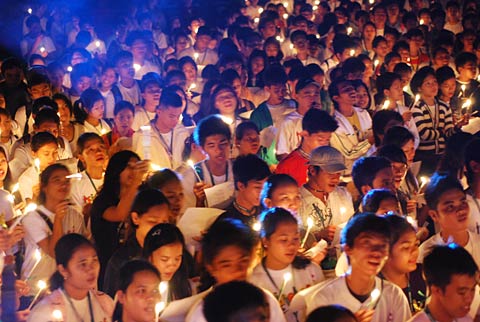 Gathering of more than 2,000 youth leaders headed by SK national president Jane Censoria Cajes for the 1st Tsinelas Camp 2009 who hold vigil for the Maguindanao Massacre and for a clean, honest and peaceful elections in 2010.
Email: leoudtohan@yahoo.com.