I got so hook up listening dyRD's Rampa Showbiz (3:30 - 4:30 in the afternoon on weekdays) hosted by veteran broadcaster Pedy Bolańo and Glee Orcullo (who co-anchors veteran broadcaster Fred Araneta's BGY Servitek News, 7:15 - 7:30 on weekdays). A topnotch commentator, Pedy proves his versatility as a host narrating showbiz happenings. He gives intelligent and sensible showbiz news and he is very articulate. On the other hand, Glee is there to share her expertise in a natural way.

I'm sure Rampa Showbiz is dominating the afternoon ratings. It also helps me to travel down memory lane in my own place that in the nineteen forgotten was so popular, as in, next to Bohol's Chocolate Hills…Caingget Beach in Tagbilaran City. 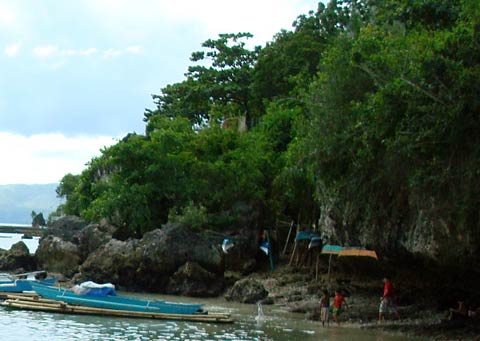 Mention the name Caingget Beach and it conjures images of sinugba (isda sa bato, sunghan ketong), kamote, saging, kinilaw and tuba. Also, as a prelude to Tagbilaran's resort's exciting day, its visitors are treated to a breathtaking sunset, and of course, our favorite koja (a coral clam) which is an aphrodisiac.

Fr. Jose Roel "Fro" Lungay, currently the pastor of St. Genevieve Church in Slidell, Louisiana, U.S. missed the place for 25 years. When he had the chance of visiting the country in July 2009, he went directly to Caingget. Fro, who is a songwriter, arranger and producer immortalized Caingget in his poem "Caingget Sunset" and is given life by Romeo Mascarińas (the song can be accessed at youtube.com).

Like other Boholanos, Caingget Beach is so memorable for this priest. "The very nook where we used to take off our clothes and gone bananas. We must have been some exhibitionists!" 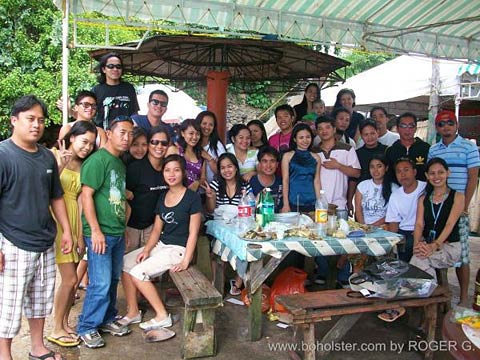 But did you know that before the island of Panglao discovered in 1980's, Caingget Beach was famous as the Chocolate Hills that people from all walks of life would bring their visitors to take a glimpse of Caingget Beach?

For a bit of nostalgia, I made a list of actors and famous personalities told to me by the people of Caingget (others slipped out of my mind) who visited Caingget Beach:

I don't know who sent me the following short inspirational message but I thank him/her anyway. Read on and see life is beautiful.

A Lesson in Life

Everything happens for a reason. Nothing happens by chance or by means of good or bad luck. Illness, injury, love, lost moments of true greatness and sheer stupidity all occur to test the limits of your soul. Without these small tests, if they be events, illnesses or relationships, life would be like a smoothly paved, straight, flat road to nowhere.

If someone hurts you, betrays you , or breaks you heart, forgive them. For they have helped you learn about trust and the importance of being cautious to who you open your heart to.

If someone loves you, love them back unconditionally, not only because they love you, but because they are teaching you to love and opening your heart and eyes to things you would have never seen or felt without them.

Make every day count. Appreciate every moment and take from it everything that you possibly can, for you may never be able to experience it again.

You can make of your life anything you wish. Create your own life and then go out and live it.