Bared... Who is Willy's Soulmate?

It's bound to happen, sooner than later. And finally, after all the maybe's and if's, Emmanuel "Willy" Ramasola met Dr. Vanessa Joyce "Bambi" Matuod Evardone for the first time in the US. 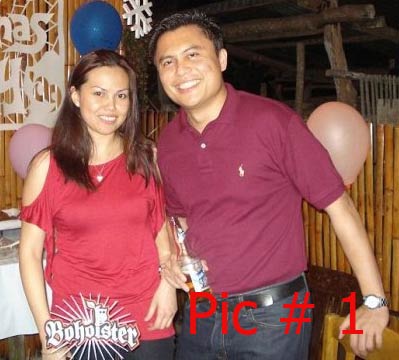 As a backgrounder, our male searchee is the super bachelor Willy (he won second place in the prestigious Makati Sports Club 2009 Tennis Championships on October 23, 2009) who serves as the executive vice president of QNX Solutions, Inc. (QSI), a leading provider of enterprise business solutions especially in the area of web-integrated enterprise resource planning, human capital management, financial management and materials management. 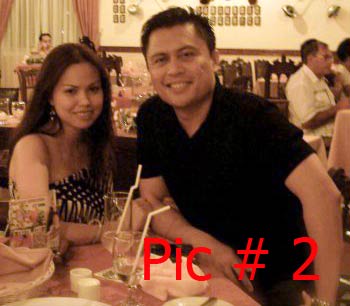 The thread about Willy and Bambi as "couple" draws reactions from readers; everyone's buzzing about them.

After the "whirlwind" visit, many are asking what's next. Are they or aren't they?

Let's find out if Willy has found his soulmate through reading the pictures courtesy of www.mikeygatal.com. Bared is a body language expert, a talent he practiced when he was in high school. Remember that sometimes, action speaks louder than words. 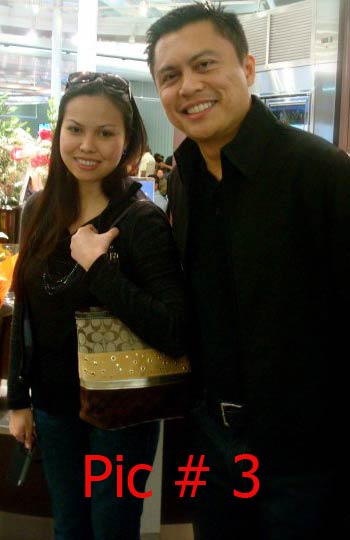 COMPATIBILITY: These two appeared well-suited in intellect, tastes and interests (see picture 1). The way his body curls inward and his head move towards Bambi (pictures 1 and 2) means that Willy admires Bambi even for the first time he met her. But their emotional compatibility looks weaker and there's an underlying awkwardness yet. 6/10

PASSION: Willy has not yet expressed to Bambi that she's secured with him since his left arm/hand is far (pictures 1 and 2). Bambi wants to say "I am yours Willy!" as her hands wanted to touch Willy's arm (see picture 2).  By the way, Willy's hand has a bottle of beer (see picture 1) and this suggests his mind is elsewhere (or he is thinking of other things). And Bambi's bag is a passion-barrier (see picture 3), which indicates she may be keeping her distance until emotional issues are sorted. 5/10

TRUST: Trust looks high. Their facial expressions are easy and pleasant that you'd expect from a relaxed empathetic couple. 8/10

VERDICT: There is a big chance for the two. They are two right people meeting at the right time in a conducive, romantic December setting. They just need to express their true feelings. The pictures hints that Bambi looks to him for protection. Bared says: I find these days that romance can be so cliched... but it's true that some elements of romance will never go out of fashion. Score: 19/30