Anyone who knows Tessie Labunog-Sumampong understands why many celebrities take time to visit her at her RiverWatch Floating Resto (+638537-9460/+639173060010) and have a sumptuous lunch while savoring the majestic Loboc River.

Sweethearts Ogie Alcasid and Regine Velasquez with their parents and siblings were some of those who experienced that "you are more than welcome" kind of hospitality that Tessie and her husband Libby shower on their guests. 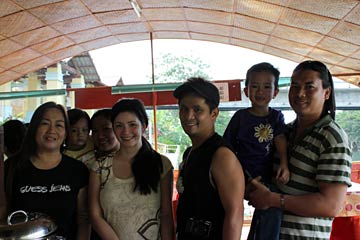 Bohol was a treat for Ogie and Regine. The break was well-deserved since they have been hard at work on several GMA 7 shows.

Regine turned 40 on April 22. According to Ogie, Regine got her birthday wish this year: A beach holiday with the entire clan. Being on the road allows the couple a little "bonding time," in spite of their busy schedules.

Sam Varquez, a former member of the Loboc Children's Choir, provided music to the Alcasid and Velasquez families while cruising on the river. 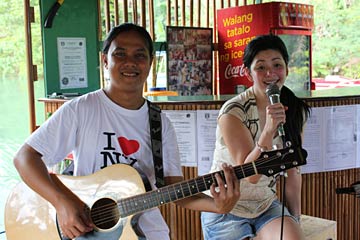 Regine was singing Adik Sa 'Yo dedicated to Ogie.

"Regine is truly Asia's songbird. I heard her singing Adik Sa 'Yo. Ogie joined her singing and they were very sweet," said Tessie.

Ogie and Regine liked their experience at Loboc and they promised to return for another holiday. "They are welcome anytime," said Libby. 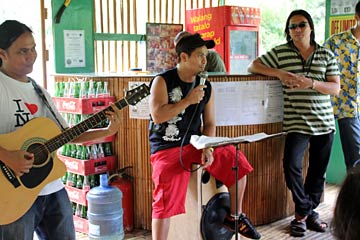 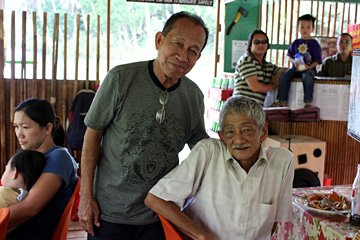