I eat a lot! The joy of eating has become a multi-dimensional sybaritic experience. It has become a source of comfort, a reason to socialize, an expression of individuality and even a canvass for creativity. No diet please! And thanks for the chefs! 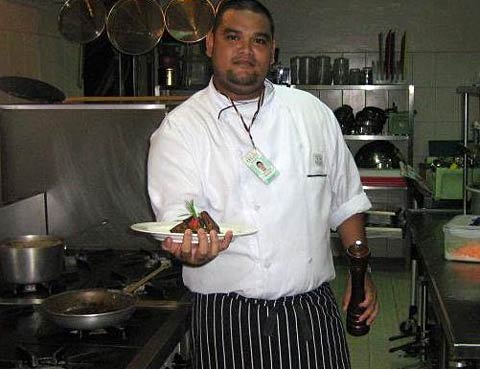 There are chefs who work for many years in various kitchens refining their craft and making a name for them. And then there is Ian Fort Bumaat, a successful Boholano skilled chef today whose dishes emphasize on healthy cuisine.

Ian, who hails from Tagbilaran City, was always destined to cook, from a family who lived and breathed good food and wine, his destiny was pre-determined from a young age.

Ian first began cooking when he was in elementary. "I started cooking during my elementary days, I did adobo pork, chicken and pancit bam-i," said Ian. 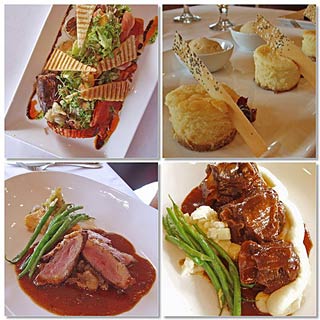 His first experience as a chef was in Alona in 2003 until he transferred to Eskaya Beach Resort and Spa. "I was part of the opening team, I worked there for almost two years as a chef d` partie," shared Ian.

He was hired as executive chef of a foreign base exotic resto Out of Africa BBQ Steakhouse in Lahug, Cebu. He handled three branches at ParkMall Mandaue, I.T. Park Lahug, and Nivel Hills.

The Plantation Bay Resort and Spa, one of Asia's best resorts, hired Ian as their demi chef this year. He is assigned to Italian and Spanish gourmet resto Palermo Tapas and Pasta.

Ian's passion for food and life is infectious, and he has developed a talent for incorporating Spanish ingredients and cooking styles into his modern Filipino menus.

And his secret recipe? "Passion, determination, dedication and sincere way of creating food," he quipped.

When did you know you wanted to become a chef? Ever since I was a kid, I love to cook na gyud, mga grade 4 to nga nagluto nako og humba and dinuguan. I made it perfect. So mao nato akong desire nga someday I will be a successful cook.

Who taught you how to cook? My father Alexis taught me how to cook and teach me the basics.

What dish would you recommend to someone trying Filipino food for the first time? Adobo and haling-halang nga manok binisaya.

How would you make it more palatable to non-Filipinos? Foreign people I think is now onto Pinoy foods since we have lots of Pinoy chefs abroad who are offering our own dish.

Do you have a plan to join the reality TV show Iron Chef? If I will be given the chance, why not! Iron Chef na gud na and I can make my own masterpiece.

What "best meal of your life" would you have cooked? The best meal that forever nako nga masterpiece, kinilaw isda, sinugba isda, haling-halang manok bisaya, nilarang na isda and nilabog nga pagi. Sariling atin! Though I am into international dishes, I prefer the Boholano way of cooking and preparing dish! Kayway makalupig.

Do you dream of having your own restaurant in the future? It depends. I still have lots of options. When age matters na siguro I will make my own resto somewhere in Tagbilaran.

I dream of meeting Supermodel Verns Buckley one day. Of all the models in the Philippines, she is the one I really look up to and admire because she achieved everything through hardwork and intelligence. My media colleagues who interviewed Verns told me that she is very down to earth and au naturel even she placed 8th in the 2002 Supermodel of the World Competition.

Anyway, Verns is a Boholana by blood in a trivia shared to us by Bohol's seasoned host Raul Gatal:

Did you know that a Boholana has competed in placed as top 10 finalist in Ford Supermodel of the World International finals? I met Verns Buckley, 18 years old that time, a daughter of a Boholana mom from Bien Unido won Supermodel-Philippines 2002. Her dad is British.

Ms Buckly's mom told me personally that she is from Bien Unido and she once toyed with the idea of letting Verns join Miss Bohol after Verns judged Miss Bohol Sandugo won by Mel Wallace.