Whether you love 'em or hate 'em, there's no denying that these people and events shaped our history this year. From the country's first automated elections to Miss Bohol Sandugo, see what had us talking this year.

A = Amazing Bohol - The tarsier and Chocolate Hills were included in the new 200 peso bill. Bohol kay ganda! 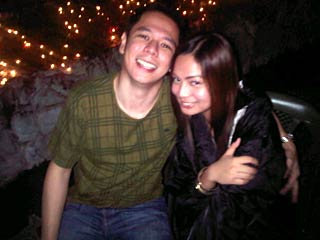 B = Baba Yap ­ It was a landmark year for the young socialite Baba Yap who was elected number one Tagbilaran City councilor. The "Ba-Jane" relationship was a talk of the town. 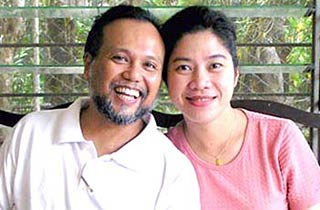 C = Couple for better education - Drs. Christopher Bernido and Maria Victoria Carpio-Bernido received the 2010 Ramon Magsaysay Award, Asia's equivalent of the Nobel Prize. The Bernidos were also the recipient of the 3rd Gawad Haydee Yorac in 2009.

E = Election 2010 - The most colorful local elections ever in the province. The country's first automated elections declared Edgar Chatto as the new governor of Bohol despite the turbulence of a major split in the administration Lakas-Kampi-CMD. Rep. Edgar Chatto obtained the highest number of votes against actor Cesar Montano and Vice Governor Julius Caesar Herrera.

G = Galleon Andalucia - We have waited for the arrival of galleon Andalucia of Seville, Spain. Andalucia, a replica of a 17th-century Spanish galleon, literally rediscovered Bohol after more than 400 hundred years back when Spanish Gen. Miguel Lopez de Legazpi drifted here. 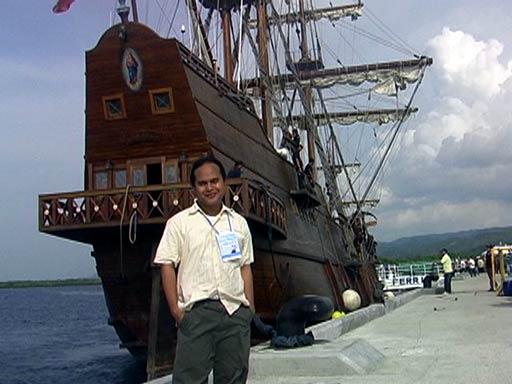 H = Hurrah to our paisanos - They also created "kasikas": Noel Tuazon won the third prize in the Short Story-Cebuano category in the 60th Carlos Palanca Memorial Awards for Literature contest. His short story "Patas" was adjudged as one of the best three for the regional languages division. 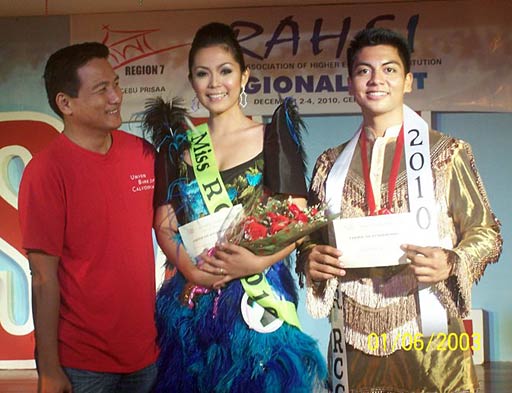 I = Island City Mall's Screenville Cinema 3D - It unveiled its two 3D Digital Cinemas in time for the world premiere of "Alice in Wonderland." Bringing the Boholanos to an unprecedented height of cinematic adventure, Screenville helped immerse the viewers closer to reality in its 3D Digital Cinemas which are equipped with the latest Dolby CP650 Digital Cinema Processor. Screenville ensures audiences to enjoy a richer, more compelling 3D experience, with realistic color and a sharper, clearer image and surround sound from every seat in the house.

J = Jai-alai - Goodbye swertres, hello Jai-alai. Albur town was the first to "embrace" jai-alai legally. However, the Roman Catholic Church maintains its stand against all forms of gambling, both legal and illegal.

K = Kiss and Tell - Numerous petitions signed by the faculty, deans of college and students were earlier sent to Bohol Island State University (BISU) President Elpedio Magante and CHED Commissioner William Medrano, alleging among others, the use of university facilities in political activities to promote his son's candidacy, Arnelo Olandria, who ran and won as councilor in the May elections. Magante relieved campus director Olandria and took over the administration of the campus.

N = New image - Geff Jabines was attracting a lot of attention this year. From a shy type to a sexy image, the boy next door is making girls - and other creatures – swoon.

O = Ombudsman - This year's the busiest for the Ombudsman. Numerous complaints were filed by Boholanos against their public officials. 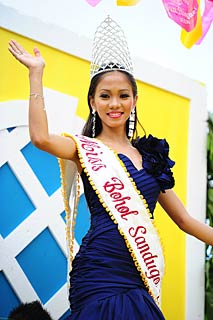 P = Political war - Two longtime allies Rep. Erico Aumentado and Mayor Roberto Cajes lashed at each other with accusations of corruption and collusion with contractors to clinch local projects. They talked about unexplained wealth, tax evasion and other irregularities. Also, Mayor Dan Lim is not on "good terms" with Gov. Edgar Chatto. 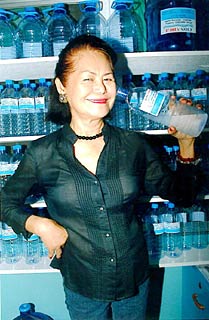 R = Rose Soy - Without a doubt, the most-watched woman of the year was Dame Rosario "Rose" Soy. The Bohol's Queen of Tourism was crowned for the fifth time as Rotary Santacruzan Queen 2010 and Circulo Boholano de Cebu Centennial Queen. Dame Rose who is the reigning Mrs. Bohol International and Mrs. Bohol Tourism 2009 has been a great help for having paved the way for the now booming Bohol tourism in her capacity as a travel specialist.

S = Survivor - Apostolic Nuncio to Haiti, Msgr Bernardito Auza (a native of Talibon town is the first Boholano apostolic nuncio and the 4th Filipino ordained by the Vatican) survived the devastating 7.9 magnitude earthquake in Haiti. Also survived 2010 was Fr. Joseph Skelton Jr. who could not shake off the bad publicity stemming from his conviction in 1988. 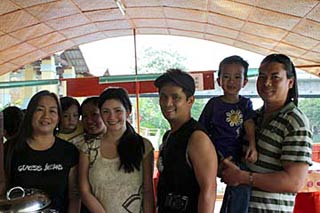 T = Transparency - People have called on public officers to provide their services in a more transparent and efficient manner. The SK Reform Coalition-Bohol chapter and the Transparency Network Team (TNT) were formed.

U = Unaffected Bohol - The hostage taking incident at the Quirino Grandstand in Manila didn't affect Bohol's tourism. Bohol tourist arrivals are dependent on the Chinese market since they remain to be the biggest group of tourists visiting Bohol.

V = Vacation of Ogie and Regine - Asia's songbird Regine Velasquez celebrated her birthday in Bohol with Ogie Alcasid and family. Regine and Ogie had a successful pre-Valentine concert. 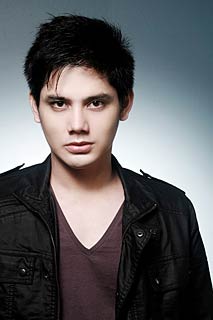 Y = You got it guys - 2010 was also the showbiz comeback of Boholana actress and performer Lailette Geulen-Boiser. Almost famous was Jan Alfred "Jerber" Mercado who had cameo appearances on TV and indie films. 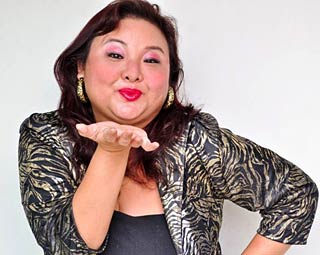 Z = Zipline - Danao's Eco-Adventure Tour (EAT) was duplicated by Loboc Eco-Tourism Adventure Park. The tourists were enjoying the evergreen Loboc River through cable car and a zipline only for a very short time. Months later, the owner of the lot used by the local government unit of Loboc to operate a zipline in barangay Gotozon, Loboc town closed the property after claiming to be a victim of "land grabbing."

Word of the Year: Loyalty check, transparency, graft and corruption, Ombudsman, vote buying and financial statements. Some words that were previously classified as "gay lingo" have been added to our daily conversations, including 'estoryahe' and 'hilum baki' which mean "stop talking" or "make sure you are talking to the right person." For Bared, "estoryahe" was the Boholano word of the year because of its ubiquity among the general populace and its unique description of a certain sub-culture.