It's confirmed: Bohol's most eligible bachelor and Tagbilaran City councilor Baba Yap (John Geesnell Yap II in real life) and the young controversial public figure Jane Censoria Cajes are reportedly getting married on Feb. 5, 2011, the month which Jane has been hinting on her Facebook account last year.

According to Bared's VRS (Very Reliable Source) embedded in the resort, the Bohol's "grand wedding of the year" is going to be a church wedding and not a garden wedding as circulated earlier. 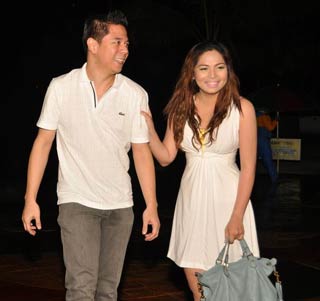 "They have decided to finally make public their wedding plan" said the VRS. "Jane was told to wear ecru colored gown. The wedding will take place at St. Joseph Cathedral Church at 3 p.m. It is the same church where Baba's parents exchanged vows."

Most of the sponsors are the Chinese barkadas of the Yap family, the Lims, Uys, Yaps and Dus," shares VRS. "Would you believe that Congressman Erico Aumentado is one of the principal sponsors?" adds VRS.

The "Ba-Jane" love team became the talk of the town in 2010 as fans followed their love story on Facebook. "We are waiting for the day," says a fan. Another fan comments, "He is still our handsome councilor." 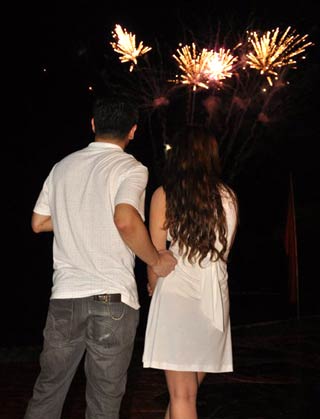 Last year, Baba posted on his Facebook, quote-unquote: "The best thing about tomorrow is it is closer to the day I see you again" and "You are the reason why I love waking up."

That's all for the meantime. Stay tune.

Year 2010 is over; the tiger left us with wonderful memories. And 2011, the year of the rabbit, is just nine years old. How fast time flies! You blink and when you look again, it's Tagbilaran fiesta!

I must take a bow because last year's Hula Hula Who was 90% true, not bad though. Bravo! Bravo! As I told you before, there's no need to consult a mananagna, fondle a mutya or crystal ball, shuffle a deck of cards or scan the sky to "foretell" what's in store for our favorite Boholanos in the next 12 months. All you have to do, as I've just done, is to believe VRS (yes, the Very Reliable Sources, including the tsikadoras and radio de baktas), the divine intervention and other news sources.

As tradition dictates, Bared is dishing out hula hula who for the Year of the Rabbit.

And the blind items hula hula:

There you are, expect a lot of surprises this year!