Bared... Nature's fury and other tidbits

Joey Albert US concert on April 16

The Joey Albert Concert in the United States on April 16, 2011 at the Centennial Hall at The Haverford School, 450 W. Lancaster Avenue, Haverford, Pennsylvania is produced by a Boholano businessman.

A good part of the net proceeds will be donated to the construction of the St. Joseph's Chapel in Poblacion Ondol, Loboc, Bohol, Philippines.

This is the first time a Filipino artist will be having a concert here in Pennsylvania. Most of the time, concerts or events are held in Atlantic City, NJ or North Jersey, NJ or in New York.

It must be quite an experience to hear Albert sing "live" such well-loved hits as among others, Tell Me, It's Over Now, I Remember the Boy, Iisa Pa Lamang, Say You're Mine, Only a Mem'ry, Sa 'Yo Lamang, A Millions Miles Away and Without You.

Despite being semi-retired, Joey, who is also a cancer survivor, lends her voice to worthwhile causes. Her advocacy includes raising funds to provide decent housing for underprivileged communities in the Philippines through Gawad Kalinga, women and children's rights, and cancer research.

"I had been bringing joy to children for the past 8 years. Every year I would treat poor children to a "happy meal" with the help of different socio-civic organizations such as the Rotary Club and the Jaycees International. This maybe a very simple thing but granting this simple wish to these poor children can make a difference to a day in their lives. A good part of the net proceeds will be for this noble undertaking and for a chapel," says DonDon.

It can be remembered that Joey Albert had a concert in Bohol in 1995 sponsored by The Bohol Chronicle and dyRD. The young Luke Mejares was the front-act of the concert.

Tell your Boholano friends in the US and Canada about this concert.

Watching the news night after night highlighting the horrific footage of earthquake and tsunami, my nephews asked me if "it is the prelude to the end of the world." I don't know. But there is no doubt that our world seems out of control.  Natural disasters, war, political upheavals, etc shakes up. 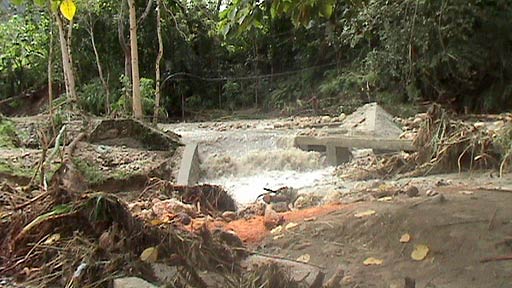 Last week, it took me kilometers to visit the far-flung affected barangays Danicop and Nan-od in Sierra-Bullones town because of flash-floods. Then, there are reported natural disasters occurring in Dimiao, Garcia Hernandez and Jagna. 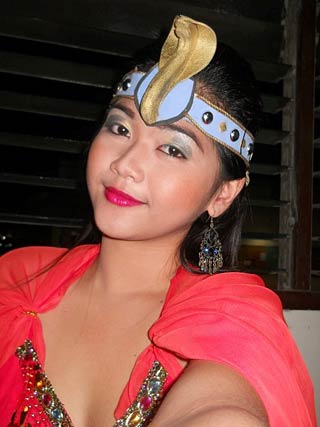 Steady rains can produce broad-scale flooding. When the ground can no longer hold any more water, the water flows into rivers. As the rain continues, the rivers rise and many overflow with disastrous results, according to reports.

Sudden rainfalls can produce flash floods. They are common in mountainous areas where drenching rains can cause rapid erosion and severe flooding. Because flash floods arrive so suddenly, they can be very dangerous, says a weather bulletin.

The other day, I got an email from someone (who asked anonymity) asking me to comment on an article about Mother Nature which the sender incidentally read it on the Facebook account of Bohol's seasoned host Raul Gatal. The article is very timely since we are experiencing nature's fury. The sender told me that the article was written by Alexa De Ere, a student of Holy Name University.

"Alexa de Ere, BS Nursing student was once in my English 2 class. The Alexa that is often misunderstood and maligned by some but adored by a lot of fiercely loyal friends is gifted when it comes to writing. Everyone knows how to write but only a few can write applies to this brilliant and amazing girl who eats dictionaries for breakfast!" says Raul.

Bared is sharing to all people out there Mother Nature:

More often than not, you find it impossible to grasp the reality ... that outside the planet where we live, in the vastness of the universe, you find not even a minute sign of life… All the more reason for you never to forget how special planet earth is…

You see, you are blessed with the mother of all miracles, just enough cosmic ingredients, the accurate environment, and the phenomenal exactness of the physics for life to exist. Just look at how diverse it is.... Zillions and zillions of living organisms, creatures, and species, the majority of which we have yet to explore and discover…And to think that you are only halfway through its beauty and splendor.

From the humble ants and their intricate ecosystem, to the bees and their perfect honeycombs, to the rain-forest with its diverse fauna and flora, the humpback whales and the corals to the penguins and polar bears…there' s just not enough room for all the amazement.

Yet of all the species that live on this special planet, none could be as amazing as man- gifted with the capability of thought and intellect. The ability to harness resources and create things outside of nature, advocates of technology with foresight for the future and blended with the penchant for keeping a date with history.

Unfortunately, this highest form of species also possesses the defect of oversight, carelessness, avarice and greed. The advancement of technology has brought forth destructive effects on our precious planet causing abrupt changes that has wreaked havoc on the planet that we live in.

Have you taken a look around you? Our mother doesn't deserve these. There has been wanton destruction, rape and plunder to the very same mother that has nurtured and caressed us.

Yes, our planet is not just sick. She is dying! You will all have contributed to the demise of Mother Earth!

Are you going to just sit back, look the other way around while everything around is being destroyed? Are you going to continue being indifferent and playing deaf and blind while our mother suffers from humanity's ingratitude and avarice? She is weeping not only for man's betrayal but also for the unborn future generations who will be paying a high price for the continued degradation of the environment!

It is not yet late! Stand up now and be counted. Be among those who will make a difference! Let us embrace change. Let us count on one another for our voices to be heard. Finally, stop talking! Start acting! Now!

May we learn to respect Nature. May we learn that there is Someone who controls the universe. May there be peace and comfort in the hearts of those affected by the recent tragedies.  May those that have lost loved ones find resolution. May those in pain find relief. And may those of us lucky enough to be safe and secure realize our many blessings.