True: Why Luke Mejares cancelled his US tour 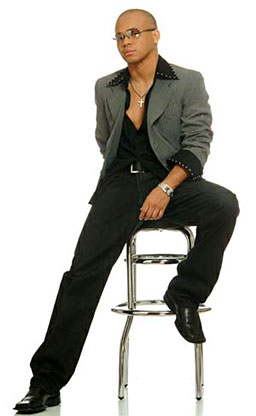 Our own Boholano artist Luke Mejares will launch his 2nd album entitled Pangako produced by Sony BMG Pilipinas on July 21 at the HNU Main gym, this city. This is part of his concert tour in the Visayas and Mindanao entitled "Stop Luke and Listen Rewind." The concert is spearheaded by Sangguniang Kabataan Provincial federation lead by Frances Bobbith Cajes-Auza and supported by Vilma Yorong, our Ate V.

Sometime last month, I got an email from Carl Vengo, Confederation of Boholanos in the United States and Canada and Hawaii (Conbusac) youth coordinator to contact Filipino artists and performers to guest the Conbusac. I told him to get Luke since he's a well-known Boholano singer. Carl told me that Luke could not make it to the US.

"He has a concert in Bohol," Carl said. After weeks, I've learned that the concert Carl was telling me was his Bohol concert. Now, he is committed to push the concert for the Boholanos who supported his career.

What's in Pangako album? The album has 11 songs including his hit song Pangako, other songs are: You Had Me At Hello, Yakap Yakap, Pangako Yan, You Should Know, Shower Me With Your Love, Pangako, Pretty Girl, With You All The Way, You're All I've Got, I Will Always Stay This Way In Love With You and If You've Ever Been In Love. 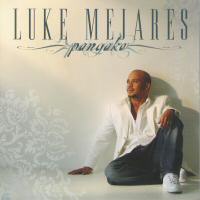 Luke, so far, is the only Boholano singer who "remains" in the music scene despite his busy schedule as a married man. There was Jerome Sala from Pilar who won the 2005 Star in a Million and was topbilled as the next Luke Mejares, however Jerome's star no longer "shines" nowadays. Two years ago, he was launched by ABS-CBN as singer but where is now?

When I asked John Torralba, the SK chief of staff what is expected of the concert, Luke will have guest artist-performer Tata Villaroel, the first runner up of Star in a Million Season 2.

Much is written about Luke Mejares. Here's a published item from Ricky Lo's Funfare on March 04, 2005:

I just got hold of the high-school yearbook of the University of Bohol and guess who's in it - Luke Mejares!

Entry in the yearbook:

Other facts I found out about Luke:

When he was in high school, Luke sang as front act for Joey Albert at a concert in Bohol. He even made it as an understudy for the Smokey Mountain during auditions in Cebu where he eventually linked up with a manager who secured for him nightly club performances. From Cebu, Luke moved to Manila in 1997 and became a session singer for several bands until he finally joined the South Border which he later left and decided to go solo. Luke is married to Inger with whom he has a child.

Last year, I met a Boholano artist from Luzon whose roots is from Loboc. He's Rico Tompong. He has an studio in Taytay, Rizal. His obra maestra were bought by well-known families in Manila including the Ayalas.

Another artist who is making "wave" in Manila is Sam Penaso who hails from Guindulman town.

Boholano visual and performance artist Sam Penaso will present his new abstract works in his 7th solo exhibition from July 10 to 19 at the Renaissance Gallery, located at the 4th Floor Building A, SM Megamall.

"Boholandia" depicts the wonders of the artist's hometown. This exhibit is another one of Penaso's sentimental journeys. As stated by the artist, his artworks are "mirrors of my personal experiences and memories." 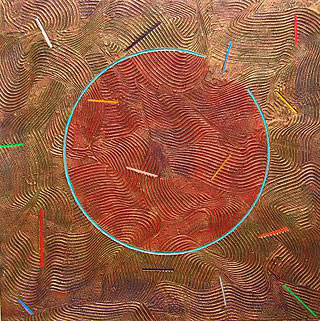 Sam is an active member of the Tupada Action and Media Art (Tama), Art Association of the Philippines and Philippine Body Painting Club.

Honest driver Iluminado "Nong Lumi" Bok is an instant hero in our country. He is a living proof that this world is not running out of honest people. To be honest with one's real self and true to the purpose of a task earns trust and inspires faith in others. For progress to be sustained requires purity of motive and consistency of effort. 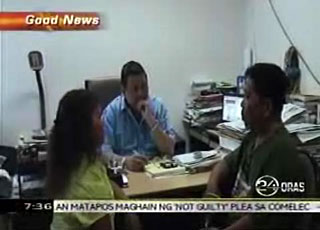 I never know about his heroic deeds when a staff of Mike Enriquez called me early Monday morning where to interview Nong Lumi. The story was published at the Inquirer by Kit Bagaipo. I just learned two hours after the call that the honest driver is no other than Nong Lumi with tricycle number 668, our neighbor in Booy before until he transferred to Habitat Village in Bool. His eldest daughter Mirasol Boc (she had a different spelling because of some erroneous entry during registration) was my classmate in elementary at Booy South Elem. School.

A got a call from my boss if I could make story of Nong Lumi for GMA 7 Manila news program. I found Nong Lumi with his wife Nang Rumi (Laureana) at the Bohol Sunday Post office after "guesting" at dyRD and dyZD radio stations. He's an instant celebrity. In fact, Nong Lumi told me he had no breakfast at that time because he hurried up to be a guest at the radio program.

We went to the city hall to meet Mayor Dan Neri Lim. Mayor Lim acknowledged Nong Lumi's heroic deeds. Temptations might high level when he found the 17,000 bucks. He needed the money for his sick wife and overdue rent, but honesty prevented a motorcycle taxi driver from keeping the money left behind by a passenger.

Mayor Lim gave the Bok family with a one unit motorcycle and other benefits. Indeed, honesty begets honesty and sometimes, it invites blessings. Spending the P800,000 is just for a while, kuwarta sa hangin as we call it, while the blessings the Bok family received is for a long term.

"...There is still hope in this world. He is a good example to us," Mayor Lim said. Aside from Mayor Lim, Bok received cash and award from the Brotherhood of Christian Businessmen and Professional (BCBP), Post publisher Boy Guingguing, Rep. Adam Relson Jala and other people.

The individual who is deeply committed to development and progress keeps honesty as a constant principle in building a world of peace and plenty, a world of less expenditure and greater splendor.

There is the saying, "The boat of truth may rock, but it will never sink." Even with honesty, the boat sometimes rocks, but trustworthiness guarantees the boat will not sink. The courage of truth makes one worthy of trust.

"Wala jud ko magtoo nga muabot ni nga grasya sa pag-uli niya sa kuwarta. I am proud of my husband (I could not believe of these blessings when he decided to return the money)," Nang Rumi said.

To Nong Lumi, may your tribe increase!

Read all 6 comments by readers.