True: Ubi festival and other items

Food for the soul: Modern philosophies:

My congratulations to William and Sheena Marie (nee Cubillo) Galon who were united in marriage last January 20 in Calape. William is my igso, the godchild of my Papa Dodong. The lovebirds met in one of the parties theyd attended and William was instantly smitten when he saw Sheena. I think, the whole barangay of Booy (I mean Williams friends and cousins) went to Calape to give support to the newlyweds. The wedding was held at San Antonio de Padua Chapel where it housed the miraculous image of St. Antonio de Tinibgan in barangay Tinibgan. The principal sponsors were Kag. Rogelio Buladaco, Capt. Adolfo Utar, Mr. Jojo Asoy, Capt. Eutorgio Telmo Jr., Arino Udtohan, Prudencio Arabejo Jr, Adela Buladaco, Pilar Estafa, Joy Asoy, Narcisa Gomez, Paulina Udtohan and Panfila Calamba. William is connected at the Grace Christian Military School.

According to True unimpeachable Very Reliable Source (VRS), the wife of The Gardener would sue her philandering husband yet she changed her mind after some thoughts. The husband is seen not being affected of the issue.

In fact, there was a confirmed report that this husband had sired two women simultaneously, hanep! In our double standard society, it is a symbol of machismo, VRS added.

On the other hand, Flower is convincing her sisters and friends that she has not doing it. Her siblings have been calling her husband that the issue is not true. VRS added that the husband has to believe yet.

The song, Hiram (popularized by singer Zsa Zsa Padilla) is Flowers favorite song. The husband is outside Bohol working for Flower and their child since December.

According to VRS, Flowers husband is still confused and wished to come to Bohol to iron things out.

Even the child is no excuse of the tsismis. During the baptismal, The Gardener was invited as the childs ninong and gave a crib as present, VRS shared.

Betrayal is a sick suffering and this keeps haunting on Flowers husband. Kawawang nilalang!

Too Busy for a Friend...

One day a teacher asked her students to list the names of the other students in the room on two sheets of paper, leaving a space between each name.

Then she told them to think of the nicest thing they could say about each of their classmates and write it down.

It took the remainder of the class period to finish their assignment, and as the students left the room, each one handed in the papers.

That Saturday, the teacher wrote down the name of each student on a separate sheet of paper, and listed what everyone else had said about that individual.

On Monday she gave each student his or her list. Before long, the entire class was smiling. "Really?" she heard whispered. "I never knew that I meant anything to anyone!" and, "I didn't know others liked me so much," were most of the comments.

No one ever mentioned those papers in class again. She never knew if they discussed them after class or with their parents, but it didn't matter. The exercise had accomplished its purpose. The students were happy with themselves and one another. That group of students moved on.

Several years later, one of the students was killed in Vietnam and his teacher attended the funeral of that special student. She had never seen a serviceman in a military coffin before. He looked so handsome, so mature.

The church was packed with his friends. One by one those who loved him took a last walk by the coffin. The teacher was the last one to bless the coffin.

As she stood there, one of the soldiers who acted as pallbearer came up to her. "Were you Mark's math teacher?" he asked. She nodded: "yes." Then he said: "Mark talked about you a lot."

After the funeral, most of Mark's former classmates went together to a luncheon. Mark's mother and father were there, obviously waiting to speak with his teacher.

"We want to show you something," his father said, taking a wallet out of his pocket "They found this on Mark when he was killed. We thought you might recognize it."

Opening the billfold, he carefully removed two worn pieces of notebook paper that had obviously been taped, folded and refolded many times. The teacher knew without looking that the papers were the ones on which she had listed all the good things each of Mark's classmates had said about him.

"Thank you so much for doing that," Mark's mother said. "As you can see, Mark treasured it."

All of Mark's former classmates started to gather around. Charlie smiled rather sheepishly and said, "I still have my list. It's in the top drawer of my desk at home."

Chuck's wife said, "Chuck asked me to put his in our wedding album."

Then Vicki, another classmate, reached into her pocketbook, took out her wallet and showed her worn and frazzled list to the group. "I carry this with me at all times," Vicki said and without batting an eyelash, she continued: "I think we all saved our lists"

That's when the teacher finally sat down and cried. She cried for Mark and for all his friends who would never see him again.

The density of people in society is so thick that we forget that life will end one day. And we don't know when that one day will be.

So please, tell the people you love and care for, that they are special and important. Tell them, before it is too late.

And One Way To Accomplish This Is: Forward this message on. If you do not send it, you will have, once again passed up the wonderful opportunity to do something nice and beautiful.

If you've received this, it is because someone cares for you and it means there is probably at least someone for whom you care.

If you're "too busy" to take those few minutes right now to forward this message on, would this be the VERY first time you didn't do that little thing that would make a difference in your relationships?

The more people that you send this to, the better you'll be at reaching out to those you care about.

Remember, you reap what you sow. What you put into the lives of others comes back into your own.

As expected this time of the year, Bohol was once again united--nay, groaning!--not only with ubi farmers and growers, and also with LGUs to promote their ubi products. Though the drumbeat of the Ubi fest was not like the previous celebrations (with Zen Darunday as the keynote organizer with the help of Rene Sumodobilla and Tagbilaranon Asociation of Northen California, where are they now?), there were still display booths of ubi varities like aromatic kinampay, kabus-ok, iniling, tam-isan, baligonhon, binanag, binugas/gimnay, binato and my favorite, apale. 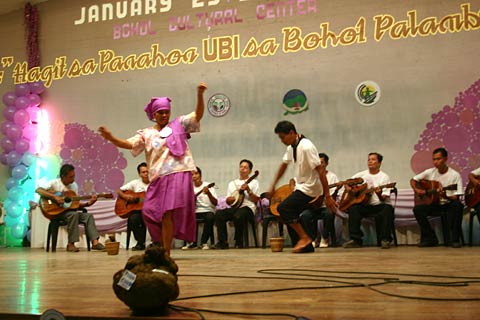 It was Ubi festival once again.

There were ubi products for sale (though a little bit expensive, an ubi farmer told me that the raw product is expensive since growing ubi needs time and patience) like polvoron, cake, chips, halaya, jam, candies and sweets.

There was absence of ubi beauties too. I missed the beautiful girls.

On Wednesday, Jan. 23, the sun mercifully came out after breakfast time, this time for the parade of participating towns.

After our hearty dinner at Cora Arasans residence in Dauis (wherever the fiesta, True is always there), Emerson and I (together with high school classmate Jan Mejkal Manalo), we went to the Bohol Cultural Center to witness the cultural contests for the Ubi Festival.

The night turned out to be for talented Boholanos. I have my heart for cultural presentations and I dont want to miss a moment without witnessing it. In this 3G, its rare to see people whose passions are into balak, balitaw and kuradang. And time will come that these cultural assets would no longer be available to the young generations.

Where else you can find ubi (ube in Tagalog, yam in English) venerated but only in Bohol. Yes, ubi is sacred to Bohol . There is a unique tradition in Bohol that people kiss the ubi every time it falls to the ground as a sign of reverence (Historian Marianito Jose Luspo, Provincial Agriculturist Liza Quirog and my parents confirmed this tradition). And when you speak of ubi to Boholano, there is always a story to tell and it is the only staple food included in the Bohol hymn. (I wrote this for Inquirer Global Nation sometime in 2005). 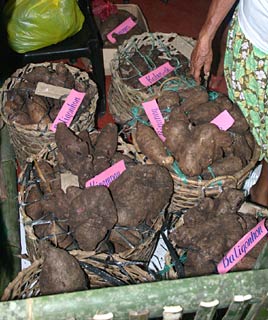 According to a legend, there was a famine in Bohol. In a constant search for a food, someone accidentally struck a fleshy tuber in the ground, some colored white and some with purple color. The famished settlers cooked it and found the tuber to be very delicious and highly nutritious.

The unknown tuber saved people from family. Thereupon, the newly discovered tuber was instantly venerated as a savior crop.

Even 1999 Miss Universe 1st RU Miriam Quiambao (an ubi beauty queen to us) loves our ubing kinampay. She had the chance to cook ubi products during her visit here in Bohol. Many people from other parts of the world continue to order ubi products because our ubi is different from the rest.

We love our ubi. Hail to our ubi. I hope for a fruitful and fanfare celebration next year.

The lack of skilled Medical Transcriptionists (MTs) in the Philippines prompted a group of Boholano entrepreneurs to establish a training school for MTs with program fees that fit the budget of the mainstream market.

A Medical Transcription is an allied health profession encompassing the process of converting voice-recorded reports as dictated of physicians and other health professionals into text format. MTs are employed in hospitals, physicians offices, transcription service offices, clinics, laboratories, medical libraries, government medical facilities or in their own homes earning dollars as one of the most highly in demand technical health courses in the world.

The course runs from three to eight months.

BPSI is the first and only training institution in Bohol to offer Medical-technical and Vocational courses. It offers both weekday and weekend classes, with fully air-conditioned classrooms and state of the art facilities plus seasoned trainers and Tesda trained instructors.

For more information, you can visit BPSI at Ramvil Building, Tagbilaran City or you may call 501-0398. 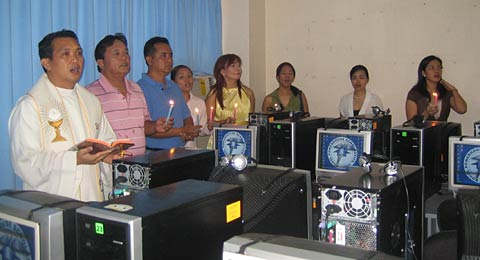 This article has been viewed 136 times.