True: What's going on between Baba Yap and Kim Chiu

What's going on between Baba Yap and Kim Chiu 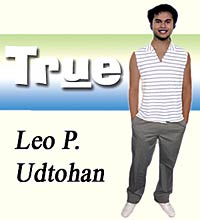 Few issues ago, True "revealed" a little known "secret", you know, how young actress Kim Chiu who visited Bohol in May (she has relatives in Cortes Bohol and Kim Chiu visited Bohol many times when she was relatively "unknown" in showbiz) said over dyTR's 911 that her crush in Bohol is no other than the young entrepreneur Baba Yap. 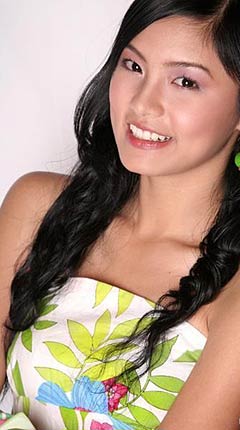 Everyone who listened on that radio program was all "kilig" because Kim Chiu said those words with so much sweetness.

"And I don't deny that I find Baba handsome," Kim laughs.

According to True unimpeachable Very Reliable Source (VRS) the two talked for hours while Kim Chiu was billeted at the Bohol Tropics.

"The two had talked for hours as if they're long friends," VRS said. "There were times that Kim Chiu would touch Baba's hands," VRS added.

If the current closeness between teenage stars Kim and Baba are not indicative of their romance, then what exactly is? And how about Gerald Anderson?

A source who claims to be close to both but who does not want to be identified said the relationship between the teenagers may not yet be a real romance yet  but it soon will be.

Days after True got an email from Jake Cover and the meat of the email reveals that the two "might" be serious soon.

"We don't know what will happen, only the future can tell," another VRS said.

"In response to one of your articles about Baba Yap as Kim Chiu's crush in Bohol , I believe it's the other way around. I've heard from 911 FM, from a local dj named Sandy that Baba Yap is the one who is "inlove" with Kim Chiu. As everybody knows, DJ Sandy is a close friend of Baba Yap," Jake Cover wrote.

Rumor has it that Baba Yap personally invited Kim Chiu to come back to Bohol sometime soon and Kim Chiu will actually be in Baba Yap's bar, Lazer Party Club on July 19 together with MYMP. Now isn't that interesting? Kim Chiu as guest in a local party club?

People don't think she's the type of actress who goes to bars unless perhaps if it was a special request from a special someone, Jake Cover added. 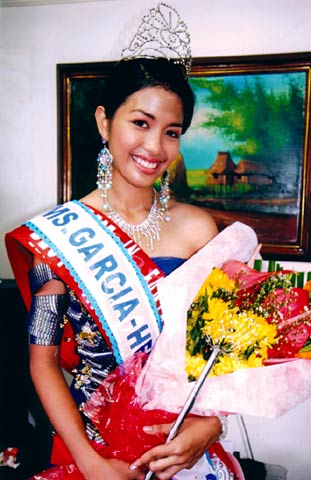 A student at the Tagbilaran City Science High School who shared the importance of celebrating a foundation day was crowned Miss Garcia Hernandez 2008 last May 26.

Asked if what is the significance of celebrating the 154th Foundation Day of Garcia Hernandez, Chariz Marie Salgados Abucejo answered spontaneously (the question wasn't' given) that "celebrating the town's foundation day is to reminisce the memorable events and things that every Gracianhon should not forget form their hearts and minds."

Aside from the title, she was also named best in swimsuit, Miss Avon, best in fantasy costume, best in evening gown, best in interview and Miss Photogenic.

Interviewed after the pageant, Chariz said her victory was "exhilarating." She also said that beauty pageants are not an exploitation because beauty pageants like Miss Garcia Hernandez, the winner will symbolize the charm, intelligence and graciousness of the people of the shown she will be representing. 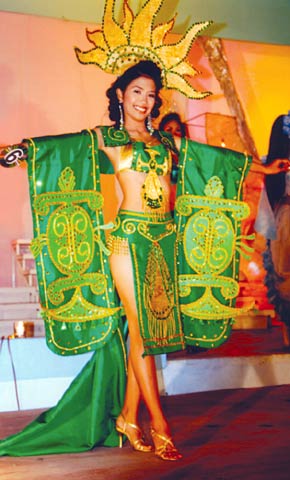 The event had an added attraction wherein there was also a search for the Escort of the Night. Yes, there were male contestants who were paired with the beaus. Lito Manuel won the crown and best in swimwear, Richard Jeanjaquet Jr, 1st runner up and best in formal wear and Louie Rosauro Alaba, 3rd runner up.

Jonathan Cuadra and Hary Liellyne Ladaga were the pageant's host and Ramon Caresosa was the anchorman. The pageant was spearheaded by SK municipal president Chandrina Schreurs is the highlight of the town's foundation day. Mayor Myrna Schreurs

A Baby Shower for Am-am

Last May 4, 2008, Amalia Karla Loise Tirol Magno, Am-am to her family and Karla to her friends, was an honoree to a special baby shower hosted by her mother, Leah Tirol-Magno and aunties  Dr. Mutya Kismet Tirol-Macuno and Reyna Catherine Tirol-Clavano.

It was Reyna's idea that a baby shower will be hosted for Am-am, whose baby would be the first great-grand daughter (yes it's a girl!) of the Tirol clan. Reyna who is a nurse now based in Las Vegas , Nevada , USA , brought home baby shower items like special invites, balloons and other baby stuffs.

The afternoon party was done at the sea-side residence of Dr. Macuno. Am-am's friends and aunties came and participated in the fun games which were hosted by Reyna and Ina Clavano. Foods were prepared by Am-am's mother, Leah and Dr. Macuno's guest from the US , Kuya Rolly.

Fun games like: diaper surprise, "buntis" relay, baby food eating contest and many more were enjoyed by everyone. After the games and enjoying the food, each one took turns of handing to Am-am their baby item gifts and giving their dedication and advices to her. One of the unique gifts (from aunties Nomi P. Cañuto and Luane T. Pamaran) received by the honoree were the photographic portraits of the pregnant Am-am, taken by Ed Cañuto (Am-am's uncle) of Exquisite Photography.

David R. Tirol, III, Am-am's uncle based in California , USA , who is also into photography hobby these days, also did outdoor photographic shots of Am-am.

Am-am's baby shower could start a trend. Department stores will soon open baby registries (they presently have bridal registry only). And more pregnant women will have their photographic portraits taken by Ed Cañuto (who is now fast becoming the favorite bridal photographer in Bohol).

For advice and assistance on hosting baby showers, you may contact Am-am's mother Leah Tirol-Magno at 415-0606.

Remember the talented Edik Dolotina? Years ago, he was a talk- of-the-town of the so-called "controversies" which erupted in the Capitol. Well, being the "internet hunk" exposing an important "member" of his body was a bit interesting.

You might ask where he's now. True learned that Edik continues to survive. He's pure genius and he's not a copy cat so no wonder he's still sought-after designer and organizer of some events.

The latest of him is so interesting because he is a victim of false hope from a Boholano businessman who asked his services. This businessman who's making himself a "little governor" years ago is not paying him, and oh, that is bad, bad really.

I am pissed off today. My client, owner of a well-known travel agency in Tagbilaran City whose office is located in one of the known resort-hotels in the city, is hiding from me for a mere P5,000 bucks.

He asked me to design collaterals including company logo of his newly-conceptualized company, a leisure real estate consultancy. Without asking a fixed price (since he is an old client) I readily made studies and submitted them to him. After 3 studies and several revisions, we finally came up with his logo. When the logo was finalized, he asked me to design a business card, a letterhead and company envelope. These I made with 3 studies each and several revisions for the final output. When he decided to print them, I submitted the final proof. He approved.

I faxed to him a billing letter for P6,000 (very cheap) for my professional fee, considering the amount of time and effort I devoted on this project notwithstanding the people he harassed to finished the materials and me absorbing the retaliations. He asked that I lower it to P5,000 since his company is new. I okayed. He promised to pay when the materials are delivered. All items were delivered a month ago.

I sent him a text message asking for the payment. No answer.

A week after I called up. He was nowhere to be found at his office. I texted him again. No reply. I called up his mobile phone. Not answered. I texted his wife, his business partner. She didn't know about our business. Texted him for final billing again and again so he will be irritated.

And then suddenly he called me up, babbling and rattling that the items I sent him did not meet up to his expectations and he is not going to pay.

I am rather pissed. Only after a month when I am sure he was already using these materials, did he complained of dissatisfaction. I don't know what to say.

I remained unpaid until now. 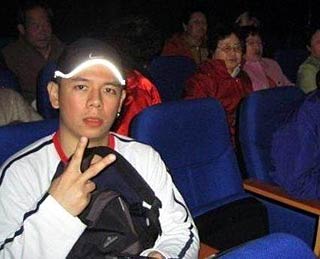 This article has been viewed 329 times.