The Loboc Children's Choir did it again! In a star-studded event at the Manila Hotel last Tuesday night, November 11, our internationally distinguished and multi-awarded children's choir from Loboc won Best Performance In A Concert By a Group in the recently concluded 21st ALIW AWARDS produced by the Aliw Awards Foundation Inc. and the National Commission for Culture and the Arts. This award is in recognition of the choir's outstanding performance for ENCUENTRO FILIPINO, a multi-media four concert series mounted by the group at the PETA Theater Center last April launching its two-month tour of the USA and Canada. With concept and stage direction by Lutgardo Labad and musical direction by Alma Taldo, ENCUENTRO FILIPINO featured an interactive demonstration cum lectures by distinguished Filipino music scholars like Sandy Chua, Lynette Silvestre, Ricky Jose, and Patricia Brillantes focusing on music borne out of the Philippine and Spanish interaction. In addition, each of the four concerts had separate complimenting nationally prestigious choirs performing with the Loboc Children's Choir, namely, the ATENEO CHAMBER SINGERS, the UP CHERUBIMS AND SERAPHIMS, the MANDALUYONG CHILDREN'S CHOIR, and the UP SINGING AMBASSADORS. The format was repeated sans the guest choirs in two international conferences in the University of California in Riverside and in Dartmouth College at Hampshire College through the auspices of heritage musicologist Dr. William Summers. The Loboc Choir performed in a total of 19 concerts in 17 full houses in the USA and Canada in a period of seven weeks (from April though early June this year), Performing to close to a total 10,000 people, ENCUENTRO FILIPINO impressed Boholano, Filipino-American, Filipino-Canadian communities in Olympia, Seattle, Riverside, Los Angeles, New Hampshire, Baltimore, Washington DC, New York, Houston, Toronto, St. Louis, Overland Park, Kansas City, San Francisco, Lincoln, Eagle Rock LA, and San Diego. ENCUENTRO FILIPINO was sponsored by a network of partners and friends led by the National Commission for Culture and the Arts, Department of Tourism, OISHI and BENCH, Provincial Government of Bohol, Offices of Congressmen Adam Jala and Edgar Chatto, Tagbilaran Mayor Dan Neri Lim and Loboc Mayor Leon Calipusan, BAMMI led by Mr. Jenju Lapez and Mrs. Tita Lapez, LAMMI, TBTK New York and the Confederation of Boholanos in the United States and Canada or CONBUSAC, PETA and many others. 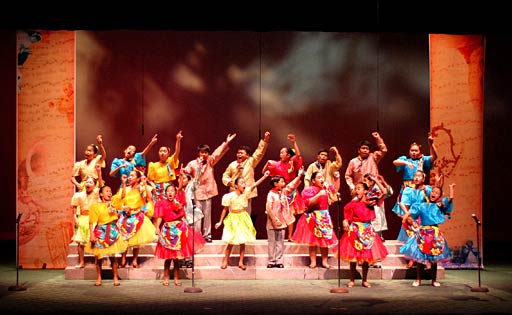 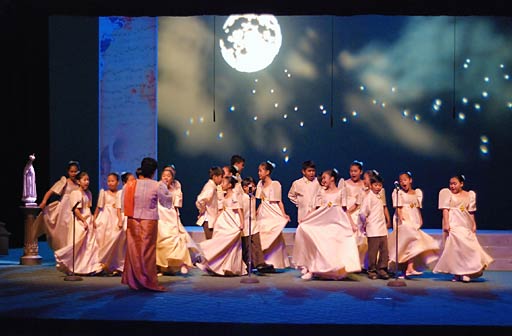 The award given to the Loboc Choir is its second from the ALIW AWARDS. It garnered Best Choral Group Award in 2004, after its successful European 2003 Concert Tour, where it bagged First Prize in the Barcelona Europe and Its Songs Festival and Competition. 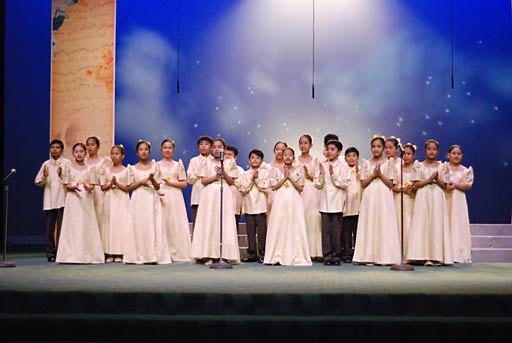 This article has been viewed 102 times.