Scene: Father's Day is easily forgotten. We usually find out that it is Father's Day when we see ads online. Fathers, in most families, are our special unsung heroes. They rarely ever get their fair share of adulation. Let Father's Day be your way to spread the message of love. Happy Father's Day to our Daddy, Papa, Papsie, Itay, Itang, Tatay, Papang, Padre!

Scene: We pay tribute to our national hero, Dr. Jose P. Rizal, on his 150th birth anniversary (June 19). Rizal said, "Our duty is to love our country and our conscience dictates that we do everything that our duty calls for." There are many reasons why Rizal is the most revered Filipino hero. There is a TV campaign that asks, Why is Jose Rizal your hero?

Scene: The Bohol Concerned Citizen's Action for Progress, Inc. (BCCAP) Land and Housing Project in Songculan, Dauis, is calling for volunteers to help build houses. Offering your time and services to help build a home can make a huge difference in a family's life. For info, please call Juliet Quijada at (038) 235-3490 or 412-0854.

Scene: The Balilihan Got Talent, the newest craze in town, will conduct pre-audition on June 25 at Balilihan gymnasium. According to James Obedencio, the audition will start at 9 a.m. to 3 p.m. "Five years old and above can join the contest. The final night is on July 10," says James.

Seen: It's easy for this gentleman-school boss (who was a heartthrob in his high school days) to change girlfriend every month. "We don't know why he keeps on changing partners every now and then," reports a VRS who is a serious student. "Lemme tell yah most of the gurls are half his age. He is a spitzer!" adds VRS.

Seen: A former staff from the capitol is presently hurting over his love lost to an "aging worker of the lord (AWOL)." The love troika came about when his hunky BFF came to know that AWOL on a naughty webcam session which lasted for minutes. The former capitol staff was able to uncover the dangerous liaison between the two through kinky messages posted by his BFF. AWOL was getting gaga over his BFF because he is, ehem, gifted," adds VRS.

Scene: The ICM RUNniversary, a 7k fun run will be on June 25. It will start at 5:30am at the ICM carpark. Registration fee is P200 (with singlet, snacks and other freebies), students-P150 and A1 card holders-P180. For more details, look for Guy Bernaldez, Joan Ortega at ICM Marketing, or Ariel Fullido, Raul Sabijon and Junnel Palomares of AGC Runners Club. Proceeds of this event will go to the Philippine Red Cross-Bohol and AGC charity projects. 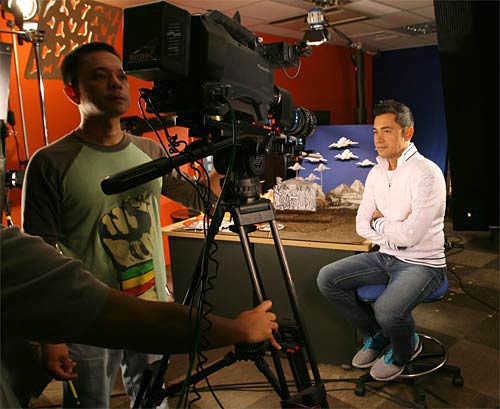 As soon as media colleague Edward Guyano informed me that the launching of the Bohol Transparency Network for Transformation (TNT) was finally announced Wednesday morning on dyTR and dyRD, I rushed to finish a project to catch the launch in the afternoon.

You see, last year various groups frequently met in the course of organizing and attending various conferences on anti-corruption. During these meetings, the idea of forming a loose network to coordinate anti-corruption initiatives gradually evolved.

The members of the Bohol Transparency Network for Transformation (TNT) commit to promote transparency initiatives in key localities in the province, engage with the different sectors of the local community and contribute to fostering good governance.

Bohol TNT (Your Friendly Governance Watchdog) is a newly formed network advocating for transparency in the extractive, particularly the good governance. It is composed of local media, civil society, church groups, peoples' organizations and business leaders from across the province and local members of the Philippine National Police and officials of the Department of the Interior and Local Government (DILG).

According to the members, the media-citizen networks can play an important part in building transparency, accountability and in the fight against corruption.

Bohol TNT is the fourth local transparency reporting group which Philippine Public Transparency Reporting Project (PPTRP) helped establish since last year. PPTRP is being implemented by four media development organizations  the Institute for War and Peace Reporting (IWPR), Center for Community Journalism and Development (CCJD), MindaNews, and the National Union of Journalists of the Philippines (NUJP).

Linda Paredes coordinator of the Provincial Road Monitoring Facility (PRMF) and one of the convenors of Bohol TNT, said "We're not here to condemn... we're here to work with government in ensuring that basic services go directly to the people - that every single centavo is accounted for."

Sad news: Edward didn't attend the launch because he had a previous commitment. Yesterday, he asked me to update him of PTPRP's activities this month.

Happy news: As I typed this, Rowena Paraan, the executive director of NUJP informed me of the upcoming seminar on June 30 (I was also informed earlier by CCJD's Red Batario).

Those who are interested to join can call Bohol TNT Secretariat at (038) 501-7933, email: boholtnt@yahoo.com. You may visit Bohol TNT on Facebook. 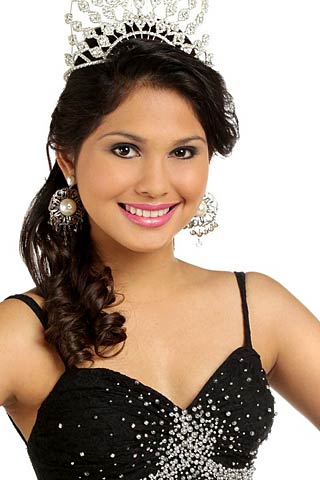 The announcement which was posted on Facebook has received several reactions from beauty watchers, including yours truly, who believe that Tubigon beauties are now in superstar status.

"Actually, we are sending Farrah Mian because she is in the right age already to join the pageant. Our reigning Anyag 2010 Lori Geisha Cabrera didn't meet the minimum age requirement. She is still 16 years old. We just want to avoid any possible issues which may arise," said Raymond Delgado, the municipal public information officer of Tubigon. "Farrah is already ripe for the pageant and she is at her best na. Lori still needs a lot of work and polishing before we could send her to provincial pageants."

Last week, 19 ladies, including Farrah, passed the screening held at the Miravilla Resort in Tagbilaran City.

Farrah, who stands 5'6", is taking up medical technology at Velez College. She is also working as a part time model in Cebu under the LINES modeling agency.

Will Farrah be the second Tubignon to win Miss Bohol Sandugo (after Amir Sol in 2010)?

For the second time, there is no Miss Tagbilaran in this year's Miss Bohol Sandugo. The first time was in 1995.

The 19 candidates will compete in swimsuits, evening gowns, interviews and talent competitions. The top eight will advance to the semi finals where only three finalists will be chosen.

This article has been viewed 120 times.