Bared... And they're running!

Seen: Korean host Ryan Bang was spotted in Bohol last week. A fan said he visited Mag-aso falls in Antequera. He was also enjoying the Loboc River Cruise. "Bohol is just so beautiful," twitted Ryan. Also in Bohol was broadcast journalist Abner Mercado of ABS-CBN who filmed his Krusada on anti-Epal.

Finally, after years of waiting, residents of Jandayan Island of Getafe have electricity after the National Electrification Administration (NEA) and Bohol II Electric Cooperative, Inc. (Boheco II), through the initiative of Bohol 2nd district Rep. Erico Aumentado, have realized the electrification project intended for the whole island barangay. 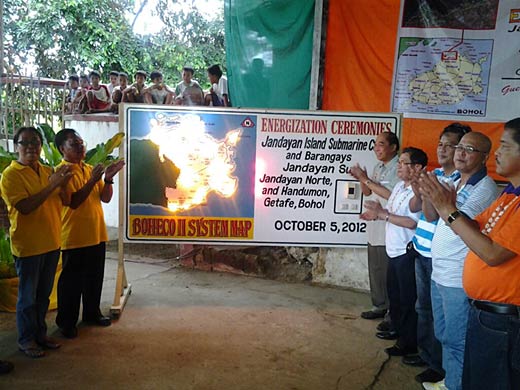 The residents expressed elation over the project and said that it was a dream come true for them. They also expressed gratitude to Aumentado and the municipal officials for the effort they exerted to make this project a reality.

The island is composed of three barangays namely Jandayan Sur, Jandayan Norte and Handumon with an estimated population of at least 5,000. They have been living without electricity since time immemorial.

Families currently rely on diesel-powered generators, but fuel is expensive. Candles are used for lighting.

Acting Mayor Torreon led the ceremonial switching-on of the lights, followed by the turn-over of the project from Boheco II officials to the representative of Gov. Edgar Chatto, then to Aumentado. Then, it was turned over to the mayor, then to barangay captains of three barangays of Jandayan.

NEA provided at least P30 million while Aumentado put up a counterpart of P16 million from his Priority Development Assistance Fund (PDAF). Boheco 2 implemented the project, including the procurement and installation of a submarine cable from the mainland to the island like the connection from Leyte to Bohol.

Aumentado said energization will bring more economic activity to this island. He also emphasized the value of electricity to the people of Jandayan, how power supply can change their way of living as he challenged them to maximize the use of electricity for them to generate additional income with livelihood projects.

He explained that the Jandayan connection will also open up the islets of Alumar, Mahanay, Banacon, Jagoliao and Nasingin all also of Getafe town to their respective turns at electrification. He will allocate an additional 3.5 million pesos from his PDAF in 2013.  With Edward Guyano

The filing of the certificate of candidacy (CoC) came as a big surprise, if not a mild shock, to most people of Bohol.

"I was surprised, too," said roving VRS who covered the five-day filing of CoC. "In a sudden turned of events, the changes were shocking! I hope the aspirants can give their best to Bohol and its people."

Reelectionist 3rd district Rep. Art Yap, wearing the party's signature red t-shirt, was the first to file his CoC on Monday at the provincial Comelec office manned by election officer Eliseo Labaria, while a certain Pedro Torralba was the last to file his CoC last Friday, who is running for board member in the first district of Bohol.

Gov. Edgar Chatto and partymates, wearing the official yellow color of the Liberal Party, also filed their CoC on Friday.

So, the election fever rages on! Are they ready for the mudslinging, muck-raking and character-assassination during the campaign?

Let's do another update of the list of people who are running in the 2013 race as of last Friday's deadline for filing of CoC: 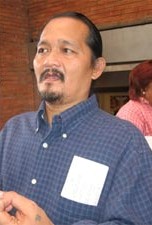 This article has been viewed 154 times.